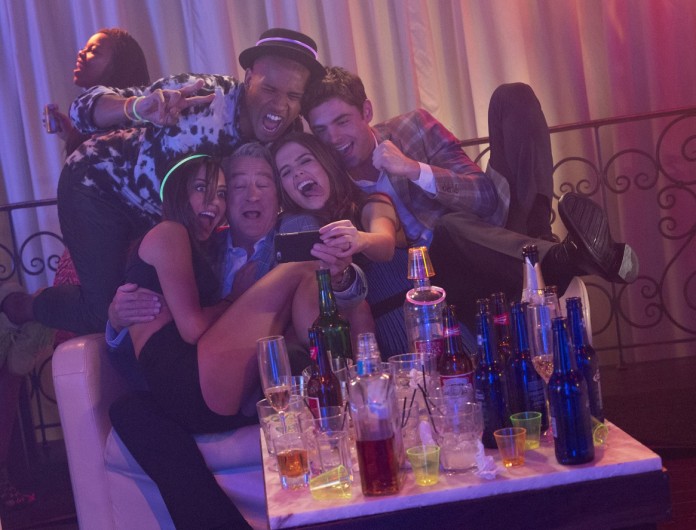 One thing about seeing Robert De Niro in all of his recent appearance in comedy films is the niggling suspicion that he really just wants to let loose. Show up drunk on set one day and curse so violently it would make a nun’s ears fall off with shame. Just really throw off any pretence and shout out obscenities through a potty mouth the size of a sarlacc pit.

Thankfully Dan Mazer (of less rude rom-com I Give it a Year fame) has cut the strings and given Rude De Niro a role so off-colour they named the film after him. Welcome to Dirty Grandpa.

This one is out on the 22nd of January. Oh, and unless you work for Malcolm Tucker – this one’s NSFW.

Jason Kelly [Zac Efron] is one week away from marrying his boss’s uber-controlling daughter, putting him on the fast track for a partnership at the law firm. However, when the straight-laced Jason is tricked into driving his foul-mouthed grandfather, Dick [Robert De Niro], to Daytona for spring break, his pending nuptials are suddenly in jeopardy. Between riotous frat parties, bar fights, and an epic night of karaoke, Dick is on a quest to live his life to the fullest and bring Jason along for the ride. Ultimately, on the wildest journey of their lives, “dirty” Grandpa and his uptight grandson discover they can learn from one another and form the bond they never had.