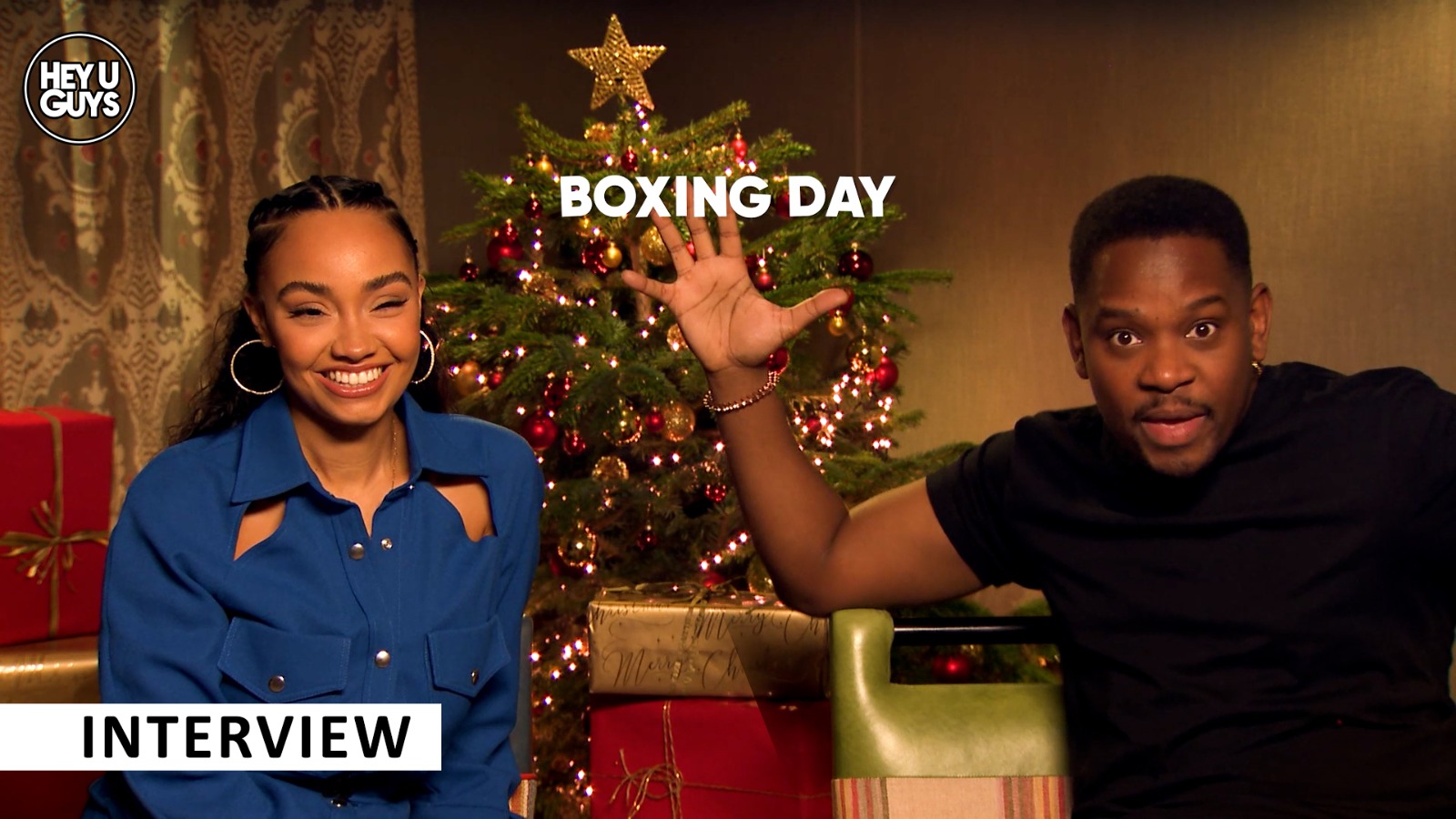 It’s unlikely you’ll find a more charming and festive-feeling movie this Christmas than Aml Ameen’s writing/directing debut, Boxing Day. To mark the film’s release, we had the pleasure of speaking to the creator and leading star Ameen, as well as Leigh-Anne Pinnock, famed of course for being part of Little Mix, now starring in her very first movie.

We discuss with Ameen his balancing of the realism with the familiar tropes of the romantic comedy, while he also talks about the musicality of the production. Pinnock talks about being gifted such a perfect role, and also whether she gets nervous before shooting her scenes. They also talk about spending time away from home and from the family, and what they miss most about the UK when they’re abroad…

Inspired by writer, director, and star Aml Ameen’s life, Boxing Day follows Melvin (Ameen), a British author living in America, who returns home to London for Christmas to introduce his American fiancée, Lisa (King), to his eccentric British-Caribbean family. Their relationship is put to the test as she discovers the world her fiancée has left behind.

Martin Wallström on new sci-fi Parallel, his time on Mr. Robot – and why he loves Stellan Skarsgard