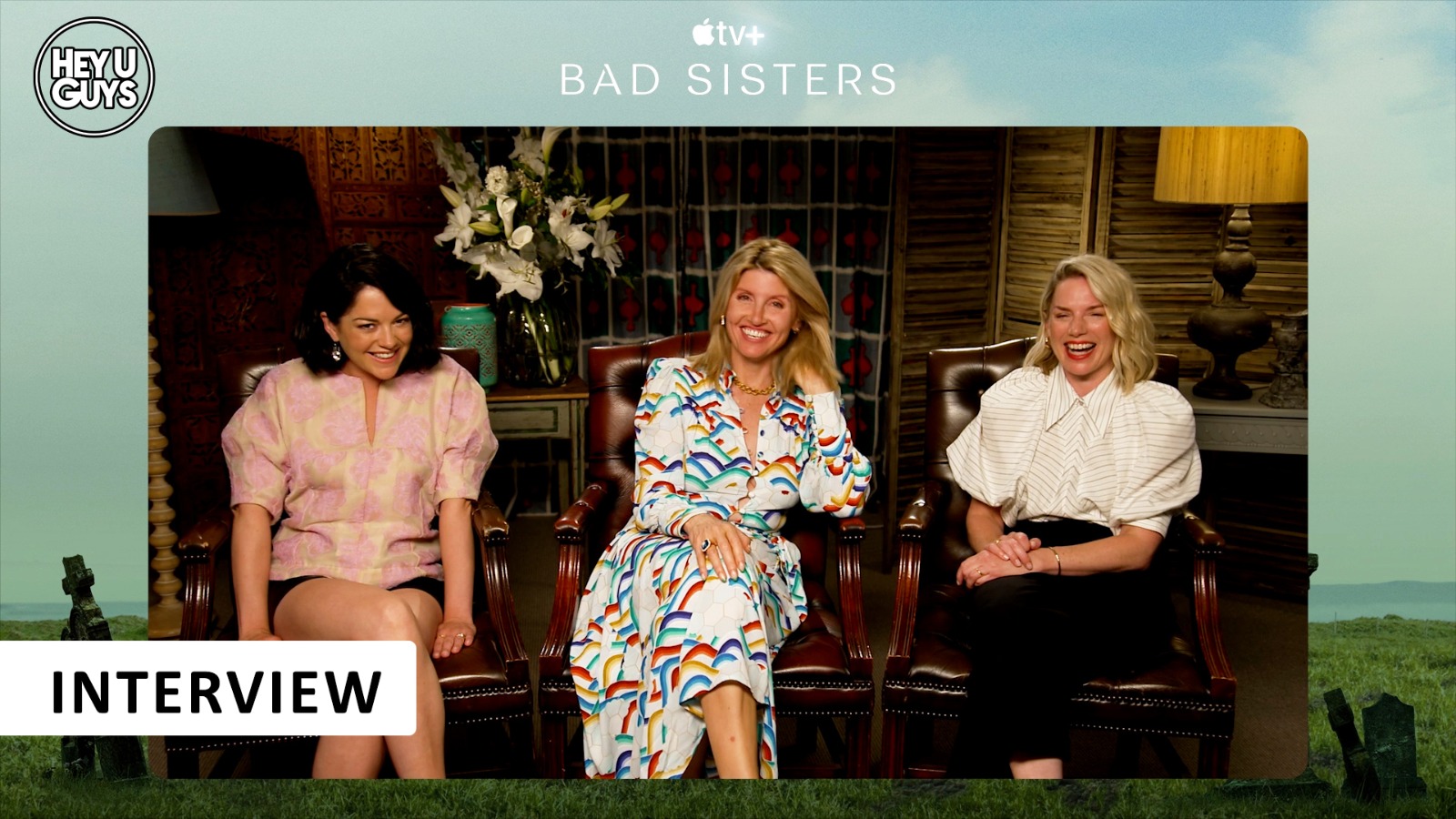 Bad Sisters is a brilliant new comedy launching on Apple TV+ on the 19th August – and to mark the release of this deliciously dark and twisted Irish comedy, we had the pleasure of speaking to the stars that bring it to life. Below watch our interviews with writer and star Sharon Horgan, alongside Sarah Greene and Eva Birthistle, who play her sisters in the series, as they discuss the daring nature of the show. We also speak to their other on-screen sibling, Anne-Marie Duff, who is paired with the antagonist of the piece, Claes Bang. They speak about Christmas traditions, the film’s, erm, interesting opening scene and Bang tells us how he connects to a character who is such a horrible bastard. Be sure to watch both interviews in their entirety below.

Bad Sisters” follows the lives of the Garvey sisters, who are bound together by the premature death of their parents and a promise to always protect one another.

Exclusive: Trailer & poster for ‘It Is In Us All’ starring Cosmo Jarvis