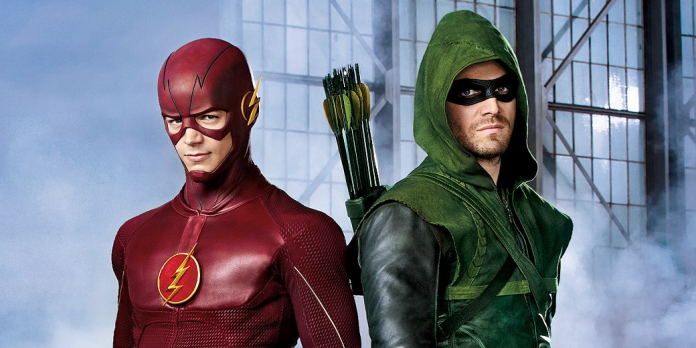 When Arrow started back in 2012, the majority of fans weren’t particularly interested in another DC Comics series from The CW, especially after the way Smallville wrapped up. However, the series abandoned the cheesy tone of that divisive Superman prequel and opted for a Batman Begins style approach to the origin story of the hero known as Green Arrow.

While it got off to something of a rocky start, Arrow soon found its stride, and the Deathstroke heavy season two is as good as any of the best comic book movies.

It was during season two that we met Barry Allen, and the network made the surprising decision to forge ahead with a series revolving around The Flash. Most of us braced ourselves for the worst (how could his powers be effectively portrayed on a TV budget?), but the show proved all the doubters wrong and now stands as one of the very best comic adaptations.

As a result of all this, the upcoming second and fourth seasons of The Flash and Arrow are as highly anticipated as any of 2016’s Marvel and DC movies, and both shows look set to be bigger and better than ever before when they return this Autumn. Here, you will find everything you need to know about both, from casting news to story details, and much more.

Throughout season one of The Flash and season three of Arrow were what appeared to be some pretty blatant references to Hal Jordan, a character better known to comic book fans as Green Lantern. There were nods to Ferris Air and even talk of a missing pilot, so when Oliver Queen stepped foot on a boat to Coast City (the city Hal calls home) it appeared as if him showing up in season four was a given.

After all, it would make perfect sense to have Hal appear in flashbacks, and to then reappear somewhere further down the line as Green Lantern. Alas, that doesn’t look like it will be happening as Arrow producer Marc Guggenheim appeared to debunk the rumour earlier this year. Could he be lying to us? Here’s hoping…

14. A Scarlet Speedster From Another Earth

What exactly happened to Barry Allen when he raced into that wormhole at the end of season one remains a mystery, but chances are that he’s ended up on another Earth; Earth-2 to be exact.

Parallel Universes have always played a big role in DC Comics mythology, and particularly in The Flash’s adventures. Season two is going to feature Jay Garrick, The Flash of his world, and he’ll be filling the void left by Harrison Wells when he takes on the role of Barry’s mentor.

The concept of other worlds opens the door to a myriad of storytelling possibilities, and would explain why neither Green Arrow nor The Flash live in the same world as the Justice League who will be introduced in Batman v Superman: Dawn of Justice.

Ra’s al Ghul ended up being a somewhat underwhelming villain in season three of Arrow (it was always going to be hard to top Deathstroke), so here’s hoping Damien Darhk – who you may remember was mentioned in the finale – fares a little better.

Captain America: The First Avenger and Justified star Neal McDonough will play the villain, and he’s described as a mysterious and sophisticated villain, and an adversary of the late Ra’s Al Ghul. Now the leader of his own clandestine group, this cunning foe will prove to be one of the Arrow’s greatest challenges. That group is H.I.V.E., the organisation responsible for the death of Diggle’s brother who were mentioned in an earlier season.

It’s all coming together…