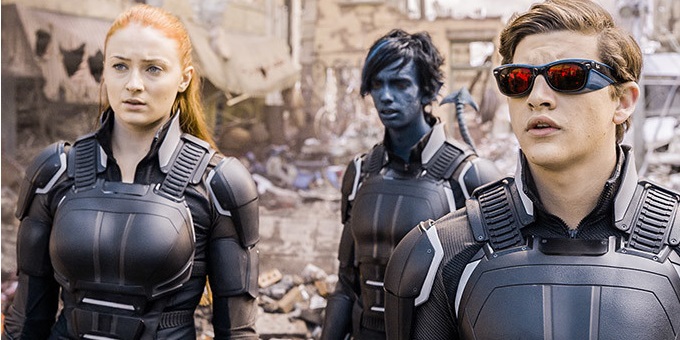 It’s been a long time coming, but the first official trailer for X-Men: Apocalypse was released earlier today (if you missed it, you can check it out by clicking here). We actually got our first look at the movie during Comic-Con when a bootleg version of the trailer leaked online, so a proper HD version with finished effects is something fans have been waiting months for.

This latest preview is packed full of major reveals and incredible moments, and what originally looked to be a year dominated by Captain America: Civil War and Batman v Superman: Dawn of Justice just got another contender for 2016’s most exciting release.

Thought to be the final part of the trilogy which began with X-Men: First Class, Bryan Singer no doubt has plans to go out in style while also setting up the future of the franchise. So, as the X-Men take on their most dangerous foe yet in Apocalypse, we count down the ten most noteworthy moments, Easter Eggs, and big reveals in the trailer for X-Men: Apocalypse.

10. The Return Of Jean Grey

Despite making her part of a tedious love triangle, the first couple of X-Men movies did a great job with Jean Grey. Things obviously went horribly wrong in X-Men: The Last Stand when she became the Phoenix, but thankfully the glimpse of her childhood we saw there (which ultimately led to her losing control) has been wiped from history following the events of X-Men: Days of Future Past, leaving us with an entirely new Jean in X-Men: Apocalypse. Played by Game of Thrones star Sophie Turner, it quickly becomes apparent that this version of the character is still very powerful as she has psychic visions of the widespread destruction that the titular is going to unleash on the world if he’s given the opportunity.

10 things we could see in Guardians of the Galaxy Vol. 3

10 Female Superheroes Marvel & DC Need to Give Their Own Movie

Mel Gibson reveals which major role in Thor he turned down