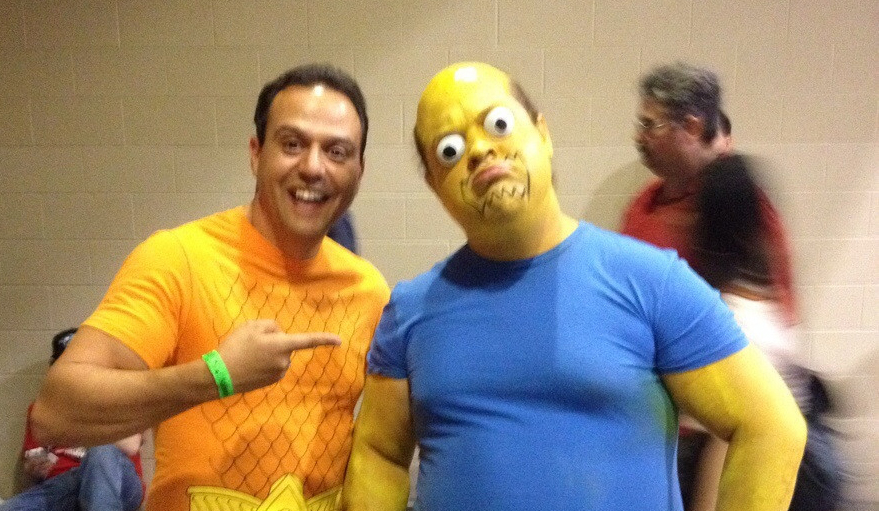 Year after year troves of comic book fans, film and television aficionados and gamers embark upon various conventions worldwide to get their share of the action within their respected sectors.

The likes of San Diego Comic Con and beyond certainly offer their fair share of geek-out material but one core element of such events is the increased emergence of visitors showcasing their own skills in cosplay. With the masses arriving all kitted out as their favourite characters, it is testament to their dedication that we see so many impressive lifelike representations.

Unfortunately, there are many cases that prove that some cosplay efforts are more Blue Peter quality than Marvel magic….

A long time ago, in a galaxy not far enough away…

Of all the cosplay costumes to appear each year, one of the most popular themes comes in the way of Star Wars, unurprisingly. With a whole array of heroic individuals, villainous Sith and outlandish aliens to choose from, there is also a strong showing from the Star Wars community. Unfortunately, this trio clearly opted for comfort over authenticity, as Chewbacca, R2-D2 and C-3PO’s doppelgangers they are undoubtedly not.

The smaller of the two droids is a dead ringer for some sort of washbin from IKEA while Chewie is clearly experiencing issues with his hairdresser.

Gallery – The Best Cosplay at this year’s London Comic Con