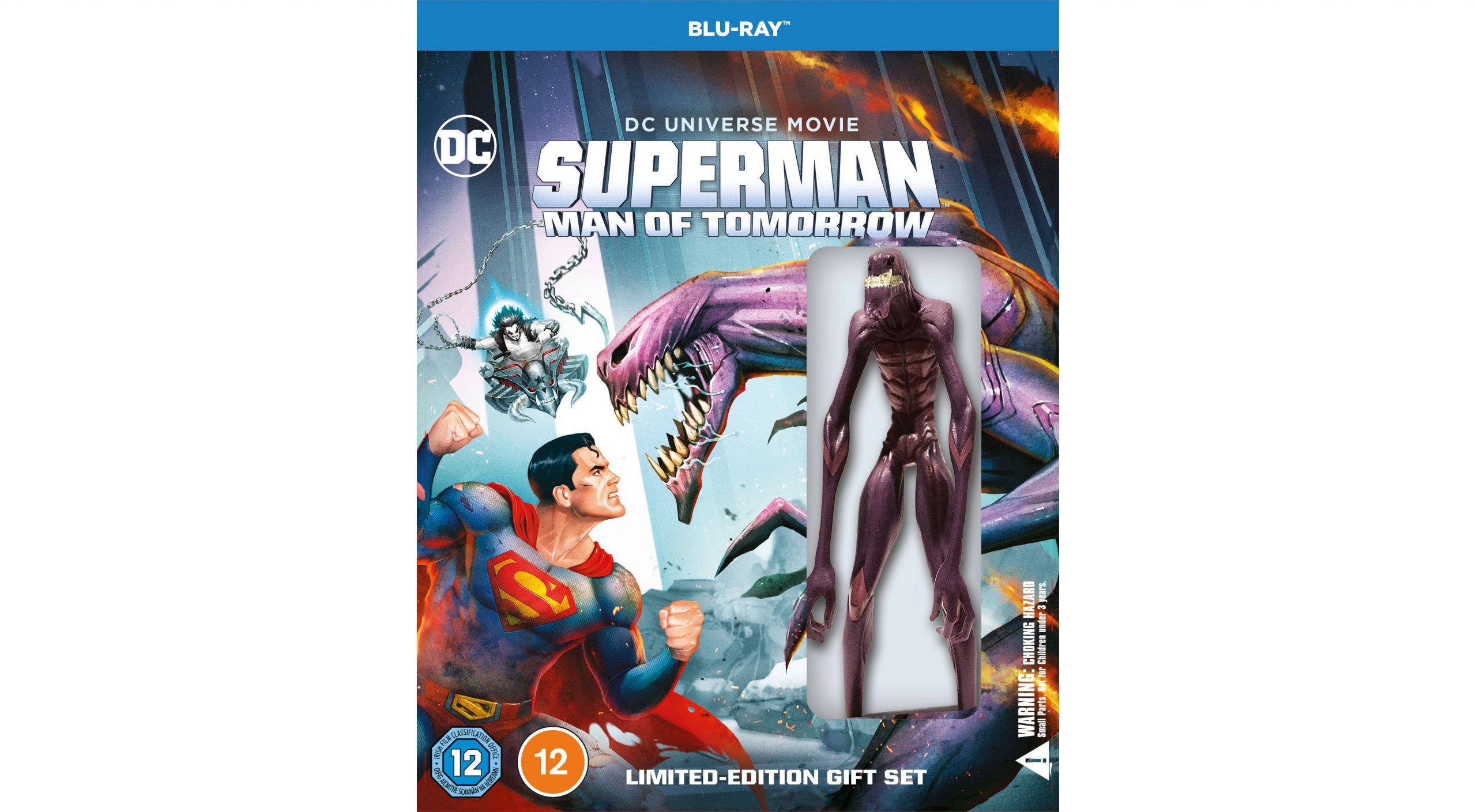 Darren Criss (Superman), Zachary Quinto (Lex Luthor), Alexandra Daddario (Lois Lane) star in new animated vision from supervising producer Butch Lukic Daily Planet intern Clark Kent takes learning-on-the-job to new extremes when Lobo and Parasite set their sights on Metropolis in Superman: Man of Tomorrow. It’s the dawn of a new age of heroes, and Metropolis has just met its first. But as Daily Planet intern Clark Kent – working alongside reporter Lois Lane – secretly wields his alien powers of flight, super-strength and x-ray vision in the battle for good, there’s even greater trouble on the horizon. Follow the budding hero as he engages in bloody battles with intergalactic bounty hunter Lobo and fights for his life to halt the attack of power-hungry alien Parasite. The world will learn about Superman … but first, Superman must save the world!

“Superman: Man of Tomorrow is an inspiring retelling of the DC Universe Movies’ backstory for The Man of Steel, taking the audience to his early days as an intern at the Daily Planet – and his beginnings as a learning-on-the-job DC Super Hero,” said Mary Ellen Thomas, Warner Bros. Home Entertainment Senior Vice President, Originals, Animation and Family Marketing. “Darren Criss and Zachary Quinto have wholeheartedly embraced their roles as Superman and Lex Luthor for this film, and the end result is a special addition to canon of films that every Superman fan will want to add to their collection.”