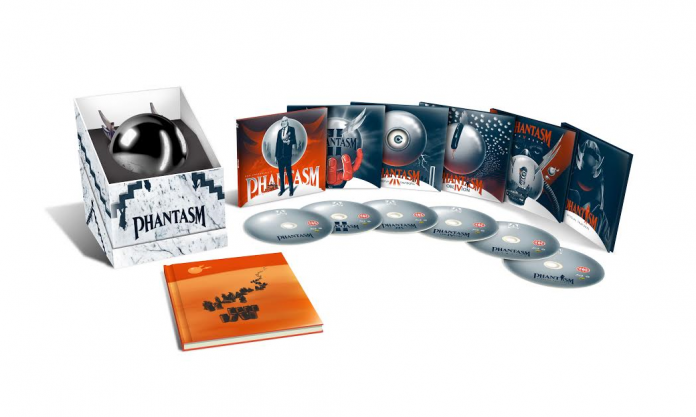 To mark the release of Phantasm 1-5 on 24th April, we’ve been given a limited edition collection boxset to give away to one winner.

Beginning with the 1979 original through to 2016’s Phantasm: Ravager, the five films which make up the Phantasm series follow the young Mike Baldwin (A. Michael Baldwin) as he battles against the enigmatic “Tall Man” – an extraterrestrial being intent on harvesting the human race as slaves for his home planet. Aided by friend Reggie (Reggie Bannister) and his trusty four-barrelled shotgun, Mike resolves to vanquish the Tall Man before he wipes out humanity altogether.

Brought together for the first time on Blu-ray – including a stunning new 4K restoration of the original Phantasm overseen by J.J. Abrams (Star Wars: The Force Awakens, Star Trek Into Darkness) – the Phantasm series is back with added balls!