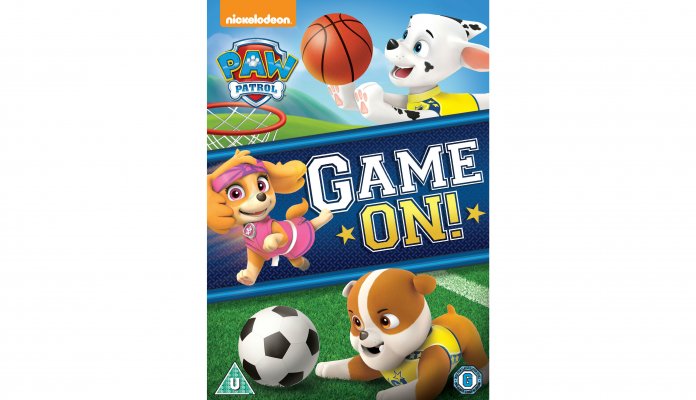 To mark the release of Paw Patrol: Game On! on 22nd May, we’ve been given 3 copies to give away on DVD.

Everyone’s favourite rescue pups are back in action in seven exciting, sports-themed adventures and rescues. This DVD contains many adventures, including Ryder and Marshall forming a basketball team to help Mayor Goodway and Everest snowboarding to make a daring rescue.

There’s no denying the Pups know how to be brave and have fun! Produced by Nickelodeon Home Entertainment and distributed by Paramount Home Media Distribution and Universal Pictures Home Entertainment, PAW Patrol: Game On! joins the rest of the PAW Patrol releases as the hottest preschool TV DVD franchise on the market, and will be available this Spring.

PAW PATROL GAME ON! Is available now on DVD.