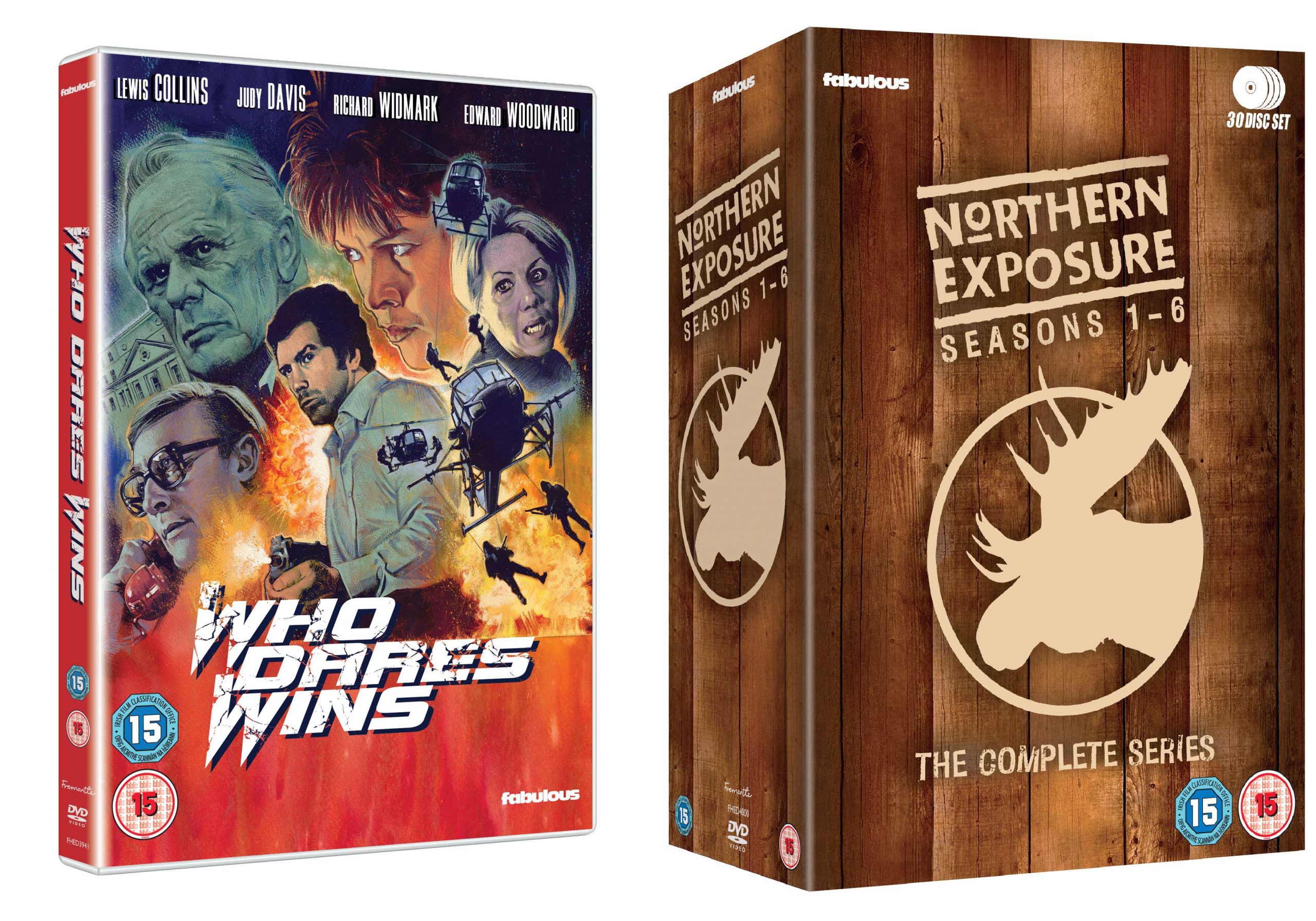 To mark the release of Who Dares Wins on 1st June and Northern Exposure on 15th June, we’ve been given a bundle of both on DVD to give away.

When an anti-nuclear group resorts to terror to secure their ends, it takes the SAS to deal with them…as only the SAS can. Lewis Collins plays Peter Skellen, an SAS Captain sent to join the terrorists who are lead by Frankie Leith (Judy Davis). Skellen joins as an undercover agent as the terrorists attack the London residence of the American secretary of state. Only the SAS can save the VIP hostages…because only they dare. (And because they are told to by their chain of command)

Joel Fleischman is a nebbishy Jewish doctor from New York City, and a fresh faced medical school graduate. He’s also about to begin the four year service contract he promised to the state of Alaska, who financed his education. But he just happened to forget reading some of the stipulations in his contract which has assigned him to the small post of Cicely, Alaska – a town of 215 people that welcomes it’s newest resident with open arms. As he contends with the daily lives and rituals of these all too normal and trusting folk, Joel just might realise that Cicely’s quieter ways are probably more civilised than the hustle and bustle of Manhattan. Made up of Cicely’s various residents, patients and friends of Fleischman include wealthy former astronaut Maurice Minnifield; feisty pilot Maggie O’Connell; mayor and saloon owner Holling Vincoeur; his sweet, naive waitress girlfriend Shelly Tambo (who’s old enough to be his daughter); intellectual ex-con and disc jockey Chris Stevens; Joel’s far wiser and very quiet receptionist Marilyn Whirlwind; kindly store owner Ruth-Anne Miller, and avid film buff Ed Chigliak.