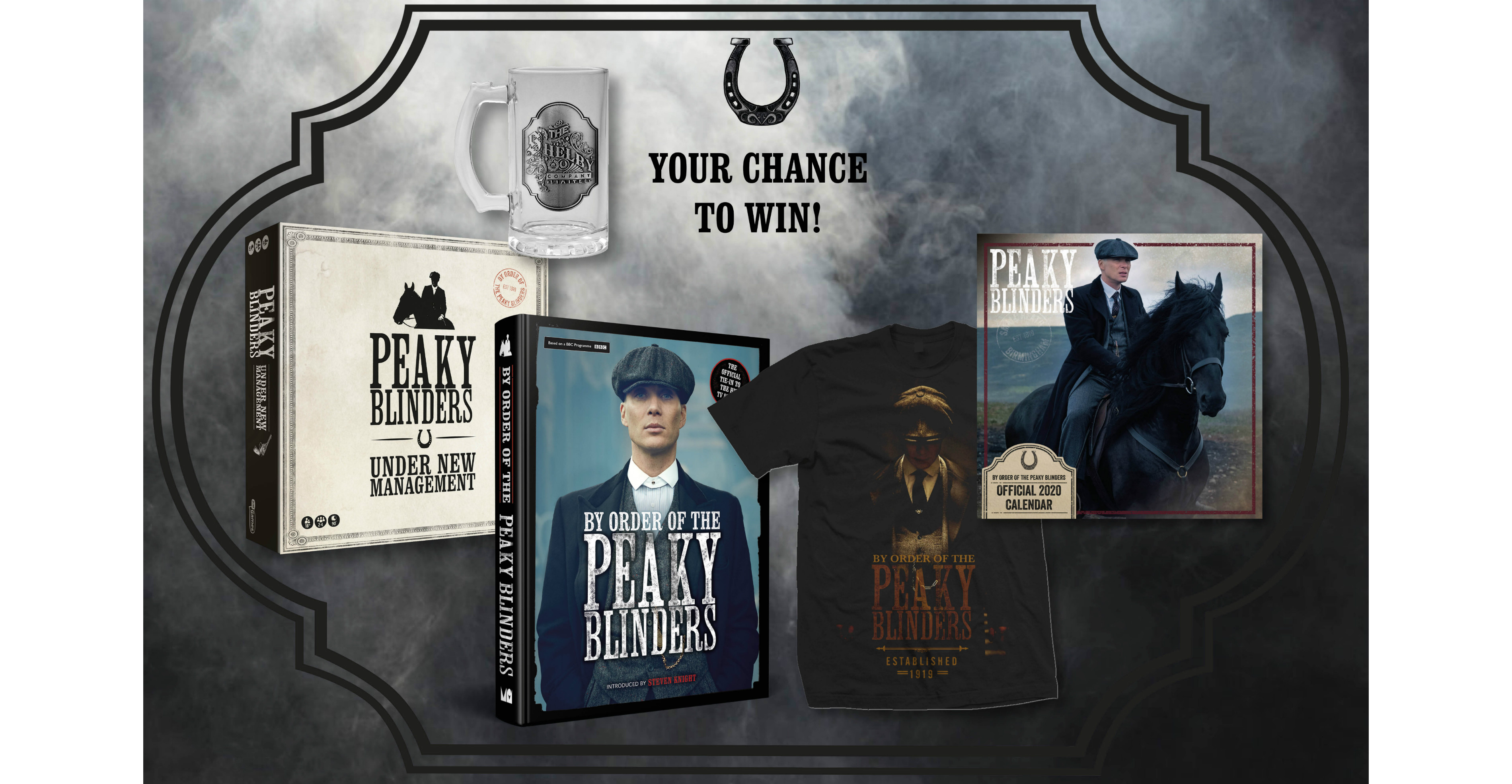 To mark the release of By Order of the Peaky Blinders: The Official Companion to the Hit TV Series, out now, we’ve been given a merchandise bundle including the first tie-in book, the board game, t-shirt, glass stein and a 2020 calendar.

The official companion to the hit TV show, Peaky Blinders. Packed full of behind-the-scenes stories and interviews with the cast and creators of the show, By Order of the Peaky Blinders is the first official book to take fans to the shadowy corners of dark-hearted TV series.

Walk through The Garrison Tavern’s saloon bar doors and onto the streets of Birmingham, past the fire-belching factories and along the canals and away to the horse fairs on the edge of town …

Featuring background details to series one to four and a glimpse into the fifth series, the book contains a wealth of insider knowledge on the plots, the characters and the production of the show, and it contains some insights into the fascinating true history of Birmingham that inspired its creation.