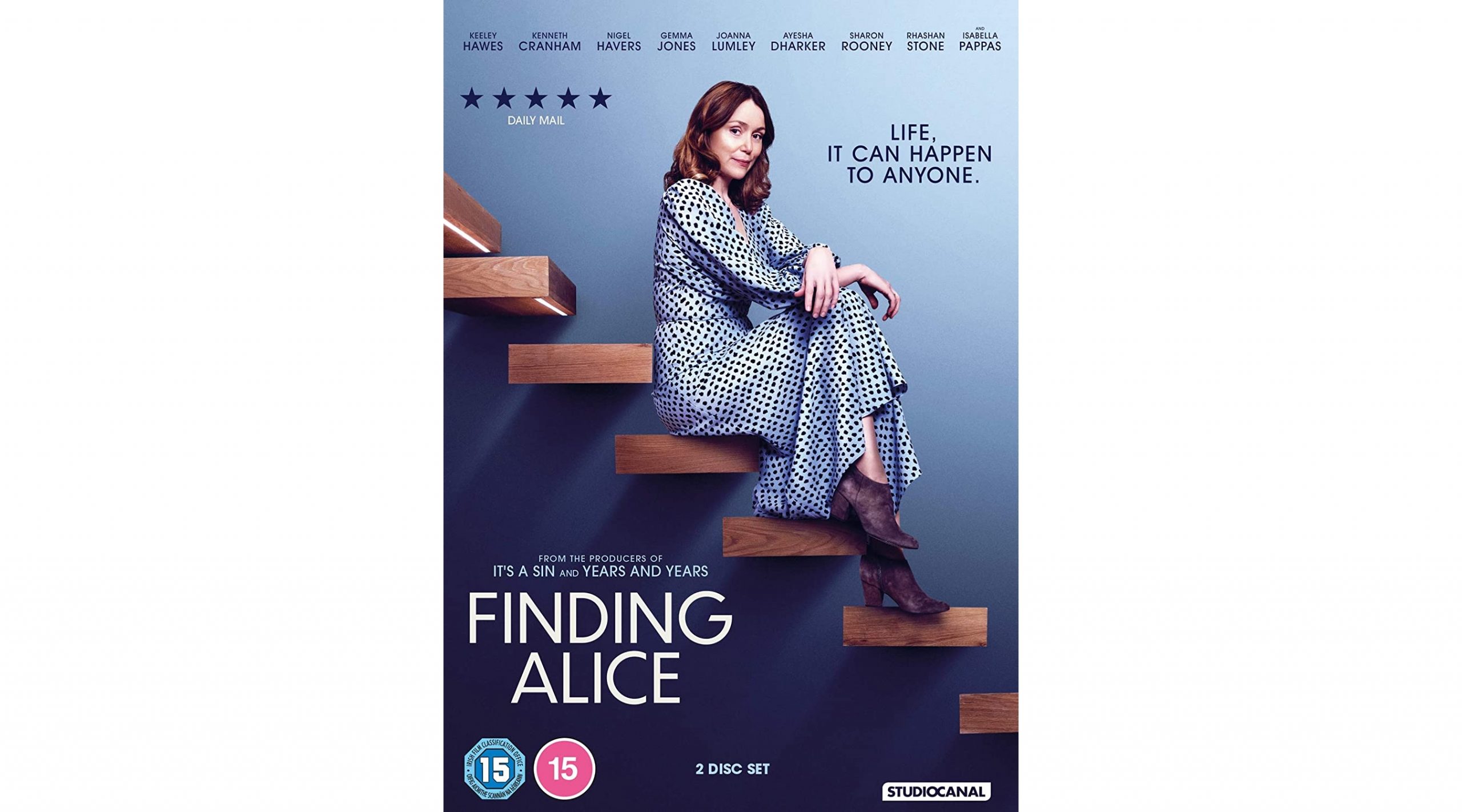 To celebrate the release of critically acclaimed FINDING ALICE, available on from 26th April, we have 3 copies of the series on DVD to give away.

From the producers behind the acclaimed series’ YEARS AND YEARS and IT’S A SIN, comes the dark family comedy FINDING ALICE, available to own on DVD from 26 April 2021.

Directed by Roger Goldby of Call the Midwife and The Durrells, Finding Alice is a dark family comedy co-created by and starring critically-acclaimed Keeley Hawes, alongside an all-star British supporting cast featuring Joanna Lumley, Gemma Jones and Nigel Havers.

Alice’s partner Harry dies after falling down the stairs when they move into their newly finished dream house. Harry designed the house, so it’s weird and wonderful, and impractical, and one more disorientation for Alice to go with her sense of loss and abandonment. Her beloved partner of 20 years is no more, and now she can’t find the fridge.

If that were her only problem… Men have a habit of hiding stuff that they don’t want to deal with, and Alice discovers that Harry was worse than most. Harry’s sudden death kicks up a storm of secrets, debt and suspicion which Alice is forced to confront in order to survive

FINDING ALICE IS AVAILABLE ON DVD FROM 26 APRIL 2021