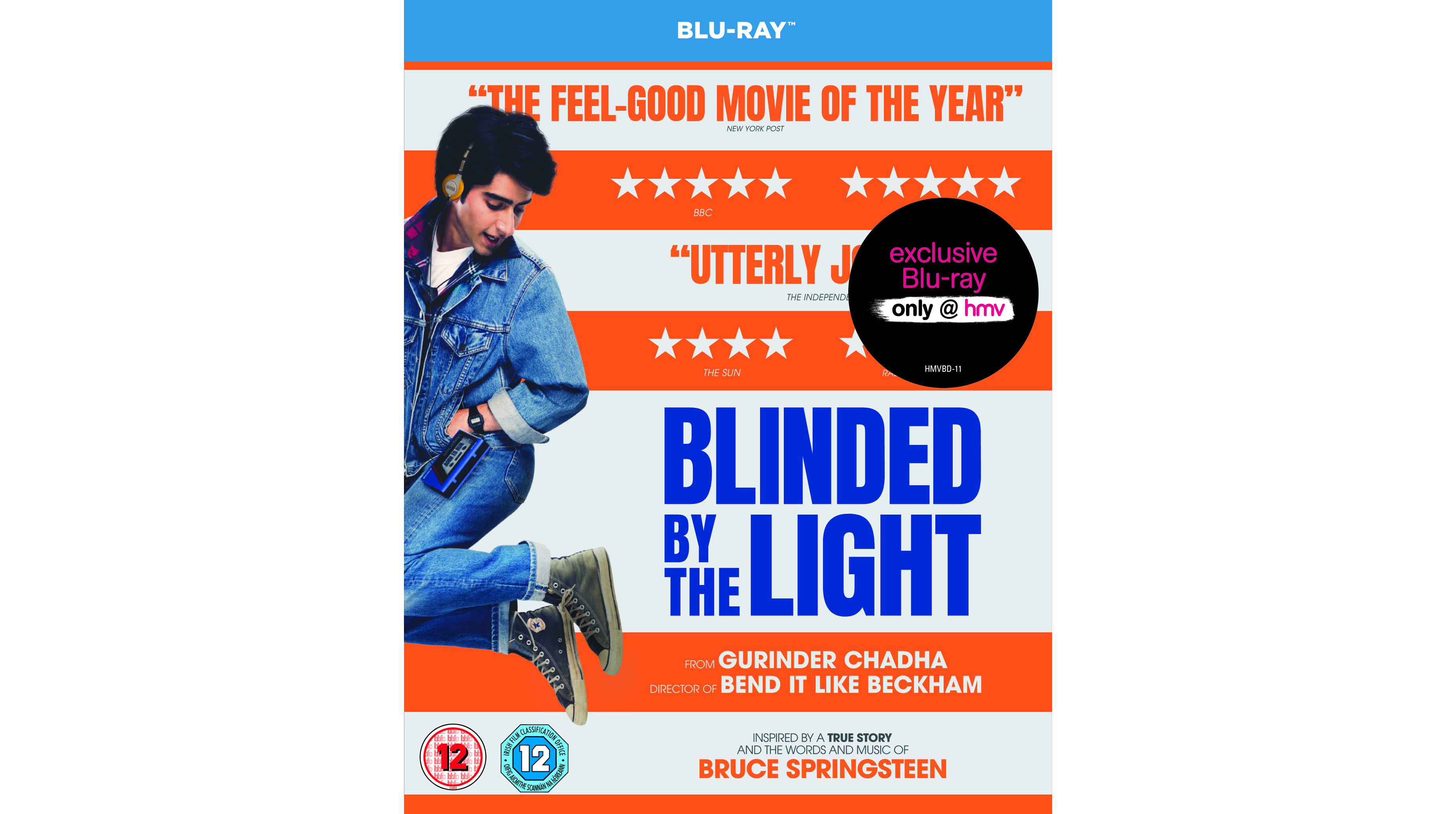 To mark the release of Blinded by the Light on 9th December, we’ve been given 2 copies to give away on Blu-ray.

Based on Manzoor’s memoir ‘Greetings from Bury Park: Race, Religion and Rock N’ Roll,’ Blinded by the Light follows the inspirational story of 16-year-old British Pakistani boy, Javed (Viveik Kalra) growing up in the boring, industrial city of Luton in 1987. Javed wants what all teenagers want: a girlfriend, the freedom to go to parties, but most of all, he wants to be a writer. Unfortunately, his family has other ideas of how Pakistani boys should behave. A chance run-in with a boy at his new school leaves Javed with a Bruce Springsteen cassette tape. When he first hears Springsteen’s music, everything in his life changes. The lyrics encourage him to find his own writing voice, talk to the girl he’s always fancied and challenge his Dad’s strict rule over the house. He’s soon forced to discover for himself how to balance all the things that are most important in his life: his writing, his family, his friends and his dreams.

Watch our exclusive Blinded by the Light interviews here:

Blinded by the Light, available to download on Digital 2nd December 2019 and on Blu-ray™ and DVD 9th December 2019 from Universal Pictures Home Entertainment.