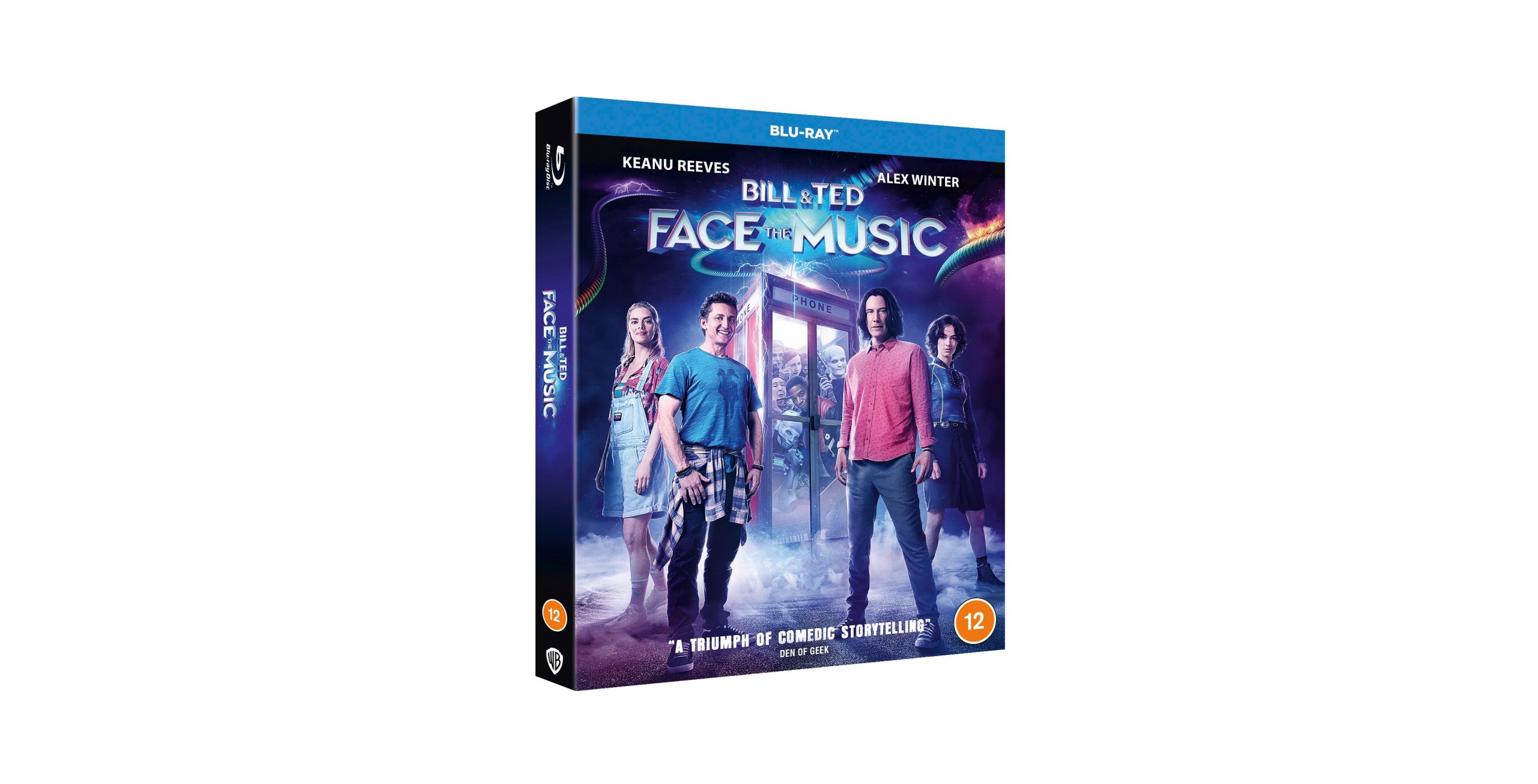 The future awaits when “Bill & Ted Face the Music” arrives on 4K, Blu-ray, DVD, and Digital. Directed by Dean Parisot and written by Chris Matheson and Ed Solomon, “Bill & Ted Face the Music” see’s Keanu Reeves (“The Matrix” films, “John Wick” films) and Alex Winter (the “Bill & Ted” films) reprise their roles as the respective title characters in the third film in the Bill & Ted franchise. To mark the release, we’ve been given 3 Blu-ray copies to give away.

The stakes are higher than ever for the time-travelling exploits of William ‘Bill’ S. Preston Esq. (Alex Winter) and Theodore ‘Ted’ Logan (Keanu Reeves). Yet to fulfil their rock and roll destiny, the now middle-aged best friends set out on a new adventure when a visitor from the future warns them that only their song can save life as we know it. Along the way, they will be helped by their daughters, a new batch of historical figures, and a few music legends — to seek the song that will set their world right and bring harmony in the universe.

Bill & Ted Face The Music is available now on Digital and on 4K, Blu-ray™, DVD & VOD on January 25th