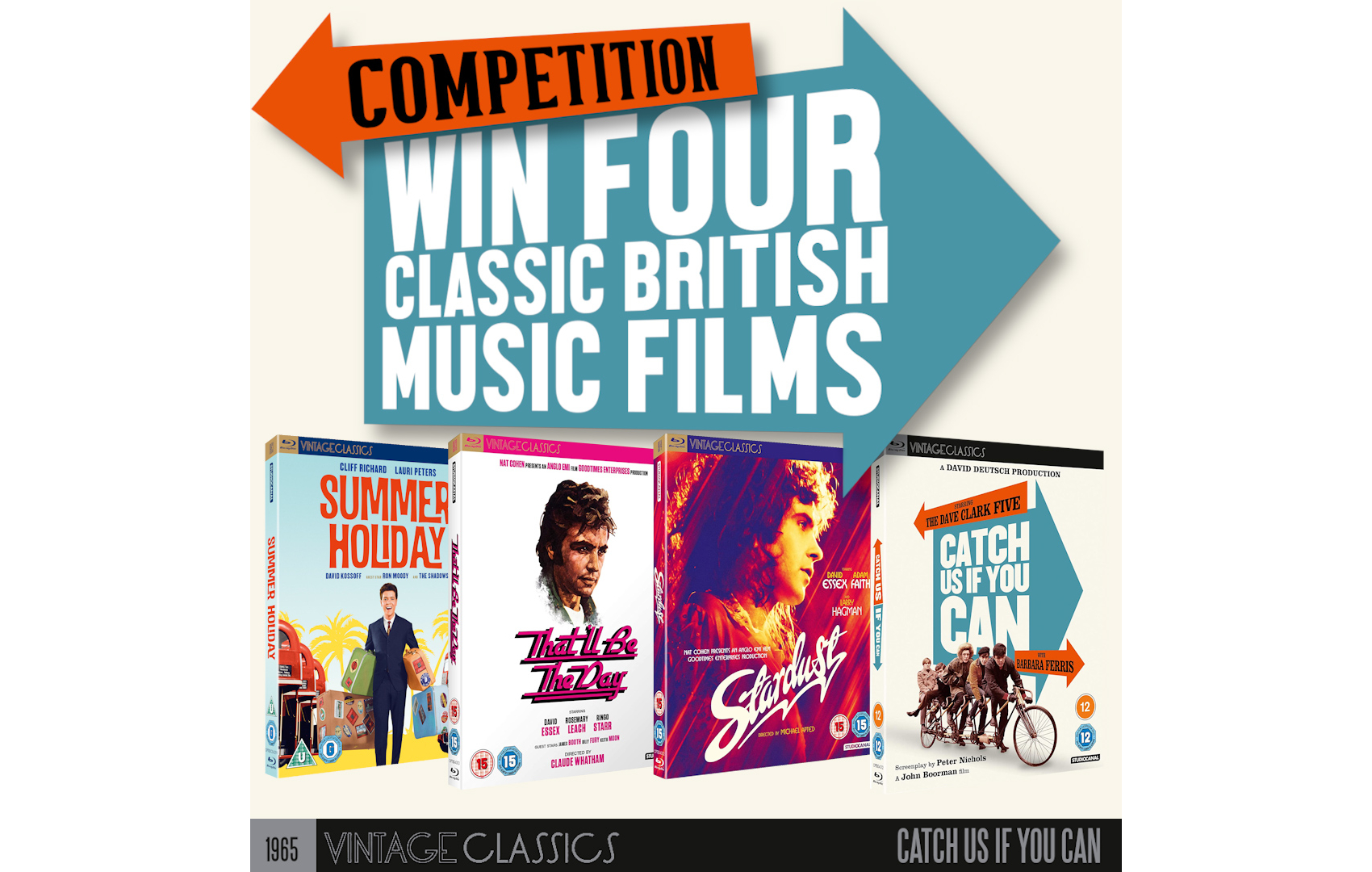 CATCH US IF YOU CAN is available to buy now on Blu-ray, DVD and Digital. To celebrate the release, we have a copy of the film on Blu-ray plus three more pop-music star vehicles courtesy of Studiocanal’s Vintage Classics range including Cliff Richard in SUMMER HOLIDAY (1963) and David Essex in THAT’LL BE THE DAY (1973) and STARDUST (1974).

Legendary British director John Boorman made his feature film debut with this cult musical comedy starring 60s pop sensation Dave Clark alongside The Dave Clark Five Band. Inspired by the huge success of The Beatles’ “A Hard Day’s Night”, in the film the Five have been hired to appear in an ad campaign but during the filming of a TV commercial Steve (Dave Clark) absconds with the face of the campaign (Dinah played by Barbara Ferris) and they embark on a magical mystery tour across the country.