Home Features Six of the Be...

Currently filming his latest comedy drama The Grand Budapest Hotel, which is set to star an ensemble cast including Ralph Fiennes, Jude Law, and Saoirse Ronan, Wes Anderson has been producing quirky dramas for almost twenty years at this point in time.

Director, screenwriter, actor, and producer of features, short films and commercials, Anderson’s work is mostly known for his family struggles, flawed characters, British rock soundtracks, and colourful cinematography. Not only do his films compare in visual style, though, they also often include regular collaborators Bill Murray, Anjelica Huston, Owen and Luke Wilson, and Jason Schwartzman.

Here’s some of his best:

A personal favourite of mine is Anderson’s adaptation of the classic Roald Dahl book, Fantastic Mr. Fox, which was nominated for the Academy Award for Best Animated Feature in 2009. As one of his most recent pieces of work, it was hard to guess whether his style of film-making was going to work as well as a stop-motion animation, but it seems we should not have doubted.

With an excellent voice cast, including many of Anderson’s regulars, this really is a fantastic film and George Clooney voices the lead fox adding huge charm to his character with his cheeky wit, whilst Meryl Streep adds a pinch of class as his wife.

The dialogue is comical, the characters are individually brilliant, the soundtrack really compliments the films visual style, and the animation itself is stunning. Most of all, Anderson pays such close attention to detail that he has created a film with very few flaws. 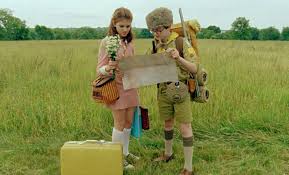 His most recent film opened last year’s Cannes Film Festival, Moonrise Kingdom, is another critic’s  favourite and was nominated for the Academy Award for Best Original Screenplay in 2012.

Whilst it is yet again set around a detached reality that is sometimes Anderson’s biggest downfall in his work, the naive qualities and simplistic structure works at its best here with the boy scout premise. This time with the additions of Bruce Willis, Edward Norton, and Tilda Swinton to the Anderson regulars, the cast is probably at its best here, but it’s the young stars who lead the film that deserve the credit.

With stunning cinematography and, as always, a well-written script, Moonrise Kingdom is Anderson’s most innocently charming film.

In Like Pym: Six of The Best Michael Douglas Performances.