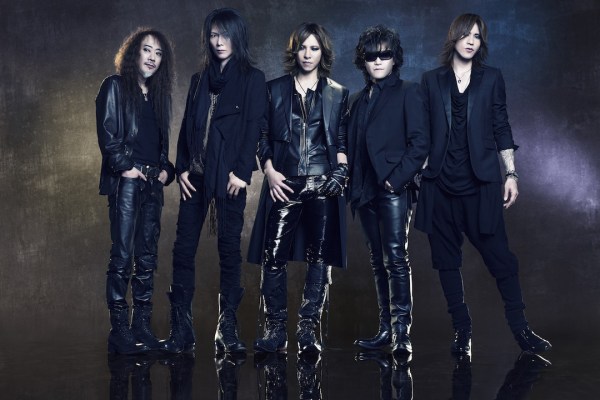 We Are X, the story of Japanese glam metal band group X Japan, is so chalked full of mythos and operatic elements, you would think it was ripped straight from the pages of a manga.  It’s a story of tragic loss, everlasting friendship, set to a a fantastic score that breaks the body with its raucous riffs, and tears at the soul with its heart wrenching ballads.

The central character in our story is the band’s leader Yoshiki, a Dylan-like entity that is more myth than man.  After losing his father to suicide at a young age, he turned to music to help ease the pain. The result of which is X Japan, a band that went on to essentially establish the rock/metal scene in Japan, and whose effects can still be found in music around the world today.

Loss and pain are the genesis of this band, and remains a constant for them even to this day. The main bulk of the film takes place over the few days leading up to their sold out Madison Square Garden show.  Yoshiko spends more time at doctor’s offices than sound checks.

Present day Yoshiki is plagued by a failing body, whereas the Yoshiki of past suffers more from an ailment of the spirit.  His passion for music forces him to push his body to the limit, and consequently, this has helped him create some of most interesting and technical music the world has ever seen.

Of course, a band is more than just one man, and We Are X also gives us a little insight into the life of X Japan’s singer Toshi, a man blessed with a devastatingly moving voice.  Toshi is the John to Yoshiki’s Paul, and when Toshi gets brainwashed by a religious cult, both the band and the two’s enduring friendship are put to the test, and almost destroyed in the tug-of-war.

Sundance really knows their music docs, and We Are X is possibly the greatest music doc to come out of the festival since Searching For Sugarman in 2014.  It’s an awe-inspiring film with characters that are instantly captivating.  Long time fans of the band will find their loved further fortified by this film, while new time fans will endure a 90 minute baptism by fire which will cause the to instantly descend into fandom.

Prisoners of the Ghostland Review – Sundance 2021