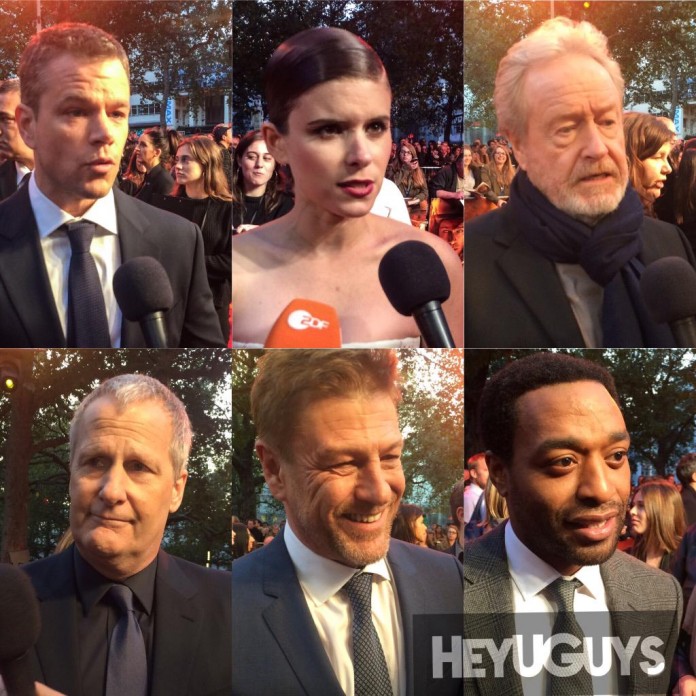 It was a big night in London this evening as the hype train for Ridley Scott’s latest sci-fi foray stopped in Leicester Square for the European Premiere of The Martian.

The film is based on the book by Andy Weir which tells the story of a man’s survival after his mission on Mars goes catastrophically wrong. Matt Damon is the titular stranger in a strange land and the challenge of carrying the film acting completely alone should be well worth watching.

The cast is particularly impressive with Jessica Chastain, Chiwetel Ejiofor, Jeff Daniels, Michael Peña, Kate Mara and many more along for the bumpy ride.

We spoke to Ridley Scott about the film earlier today, and he gave us some fantastic background on making the film, as well as a little Prometheus 2 news. Watch that here…

The Martian makes Scott’s successful return to the world of sci-fi, we gave the film a glowing review recently and our intrepid explorers Cassam Looch and Colin Hart were on the carpet for the European Premiere to interview the cast. Here’s how they got on.

On his work in the Marvel universe

“Every night, I dream the same dream’ new trailer drops for ‘Doctor Strange in the Multiverse of Madness’