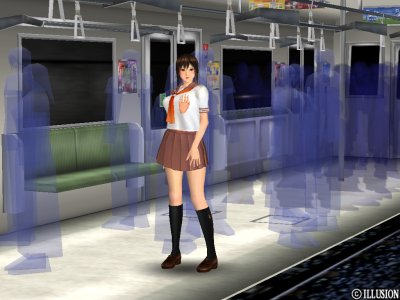 Everyone loves to look at a car accident don’t they? Once the media gets whiff of one rest assured they’ll milk it for all it’s worth and occasionally, just occasionally, a car accident will make it to the courts and everyone involved will be suitably punished. Never one to shy away from a bit of voyeurism I have taken it upon myself to list 10 of the most controversial car accidents (sorry – games) of all time.

So here they are in lovely, intuitive chronological order. Whether or not they deserve to be here is another matter entirely.

The Premise: Guide a naked, erection toting General Custer across the screen whilst avoiding arrows. Oh, and once you reach the other side rape the nude Native American woman tied to a post. What’s that you say? The is taking a less than progressive attitude toward women? Custer has had a long hard day (ahem) avoiding arrows, the least you can do is let him violate a woman indigenous to the area. Yeah, stick that in your satire pipe and smoke it.

Early 80’s video game company Mystique were a curious bunch. By 1982 they had evidently become despondent with the output of the game’s market, rendered cynical and bitter because their sensibilities were not being adequately served by a gaming market that was at that point in its infancy. Soon to become bankrupt in 1983 with the crash of the games market it’s extremely unfortunate for us that they decided to blow their creative wad early with a slew of immature bollocks. I’d like to say that my use of the word bollocks there was a metaphor. I’d really like to say that.

Whilst the earlier Beat Em and Eat Em represents Mystique’s more conservative side (the semen catching fun portrayed was consensual – the prudes) Custer’s Revenge threw caution to the wind, it’s brains to the wall and then proceeded to rub itself up against said brains, apparently for the lulz of it all. What resulted was the most notorious American Civil War era Native American rape simulator since, well, let’s just say it’s not a genre that took off in a big way. When it comes to racism and rape the lulz are often in short supply.

Not the most historically or physically accurate game ever (turns out Custer was rocking a 6 pixeller down there – calm down ladies) and not the most tasteful either, Custer’s Revenge soon invoked the ire of Native American groups, women’s rights activists and the swiftly forming anti-game types. Predictably. It also became the subject of a $11 million dollar lawsuit. So you see kids, rape doesn’t pay.