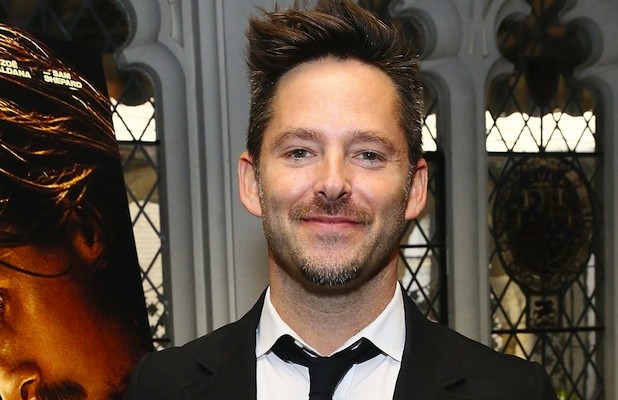 American filmmaker Scott Cooper has made rather divisive features in his career so far. With Crazy Heart and Out of the Furnace, his latest picture is the epic biography of the notorious Boston criminal Whitey Bulger. Though all three of his eclectic projects are bound together by one thing -having remarkable casts – as it seems that irrespective of the critical reaction to Cooper’s films, those at the very top of their craft trust him as a filmmaker, and want to collaborate with him.

The latest is Johnny Depp, who takes on the role as the aforementioned crime-lord in Black Mass, and it’s a dramatic role we haven’t seen the renowned actor tackle for a number of years, as his inclination for surrealistic, eccentric creations has overshadowed his ability as a character actor. But there was never any doubt in Cooper’s mind that he was perfect for the role at hand.

“He is a national treasure in America and he takes risks most actors will never take,” Cooper told us when in London for the film festival. “He’s created more indelible characters than probably any actor you’ve ever interviewed. From Ed Wood to Edward Scissorhands, to Jack Sparrow to Sweeney Todd, this guy is an American master.”

“I like working with actors in ways you’ve never seen them before. Depp often plays characters who are likeable and relatable and somewhat empathetic and I wanted to see a side of danger and venality to Depp that I’ve never seen. Much like I saw shades of Jeff Bridges I’d never seen before in Crazy Heart, or a warm and vulnerable Christian Bale in Out of the Furnace, who isn’t known for that. That really appealed to me.”

“To see Johnny, who I know really well, go from a man who is very soulful and gentle and kind into a man who is cold and cunning and calculated, not only as the film’s director, but as a fan, it was mesmerising, and I knew Johnny was not only up for the challenge, but that he’d deliver without any hesitation.”

It’s by no means an easy role to take on either, and finding a way of understanding Bulger, and discovering the human being within, was made more challenging by the subject’s refusal to speak to either Cooper or Depp.

“I wanted to better understand him and what motivated him, what kind of music he listened to, and how truthful are the events depicted about him, but he had no interest in me,” Cooper admitted. “I am told that he thinks that Black Mass and the books written about him are utter works of fiction and he had no interest in meeting either Johnny or me. He politely declined. But his attorney did come to the set and watched the shoot which was unnerving. I saw him shaking his head at one point when watching the monitor, and I said, ‘did we just not get it right?’ and he said, ‘no, Scott, it’s almost like a ghost has appeared before me. It’s uncanny’.”

However that’s not to say all of those depicted in the film are set to ignore this production, as there have been those who have publicly discussed their thoughts on this movie.

“Whitey’s brother Billy, who Benedict Cumberbatch portrays, was interviewed recently and he said he was going to see the film. He’d never heard of Johnny Depp, he claims, but he said his wife is a fan of Benedict,” Cooper said.

Though his reaction is not yet established, Kevin Weeks – a close accomplice of Whitey Bulger’s who eventually confessed to the police, (and is portrayed in the movie by Jesse Plemons) has distanced himself from the project, outspoken in his views against Cooper’s representation of this narrative. But the director explained that he couldn’t care less.

“I don’t read entertainment news, and I certainly don’t read film reviews or any writing about my work because it distorts my process and approach to making films,” he said. “I think if you care what film critics think of your work, you’re only going to try and make films that might please them, and then you’re not pleasing yourself and you’re making movies right down the middle of the road. My movies are divisive, and certain people like them, and certain people who don’t like them and I couldn’t care less what Kevin Weeks thinks of my movie.”

Black Mass tells a remarkable true story, that at times you can’t quite believe is not a work of fiction. It was the compelling nature of this world that drew Cooper in.

“What drew me to this was the idea of this Shakespearian tragedy, a true-life piece of work. When I lived in New York I was aware of Whitey Bulger’s mystique that filtered down from Boston, and he was arrested a couple of miles from where I live in Los Angeles,” he continued. “You can’t make this stuff up, one brother is a powerful politician and the other is the most powerful gangster in the city’s history. And he wins the lottery? It’s just too compelling.”

“But I did make it with great trepidation because many of my favourite films, and some of the best films ever made, live in this genre. I didn’t think I was making a gangster picture, people compare it to the great films of Scorsese and Coppola, but I wanted to take a less aspirational and a much more unflinching and stark look at humans who just happen to be notorious criminals. I wanted to take a very humanistic approach to a series of events that took a very emotional toll on the city of Boston, and some wounds that are yet to heal. I never glamorised or romanticised these gangsters and too often I find in gangster pictures these men live very aspirational lifestyles and I hope nobody aspires to be Whitey Bulger.”

Instead, Cooper explained his personal influences are away from mainstream cinema. “I was personally more influenced by world cinema than I was American cinema. The work of the Dardenne brothers, Satyajit Ray, Kurosawa, Michael Haneke – films that have left a very searing impression on me.”

It’s this ability to draw some of the finest filmmakers of all time which makes Cooper such an accomplished filmmaker, and thankfully, one who has many projects in the pipeline – albeit a complete mystery as to which will be next up.

“I have a very mysterious process that I don’t even understand about what films I tend to write or direct,” he laughed. “But I have a piece that Leonardo DiCaprio is producing with me and I will tell that at some point, for Warner Bros. I also have a piece that I’ve just written that takes place in the American West that Christian Bale is going to star in. And I’ve adapted a piece by William Styron called Lie Down in Darkness. I will eventually get to all of those, hopefully.”

Win a DVD bundle of What’s Eating Gilbert Grape? and Blame it on Rio