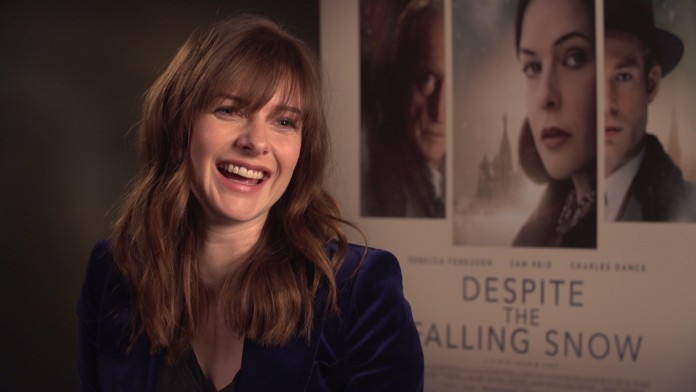 We’ve enjoyed some entertaining interviews in our time, but few that have been quite as fun as the time spent with Swedish actress Rebecca Ferguson – in London to promote her latest endeavour Despite the Falling Snow, where she plays the two lead roles.

Discussing how she differentiated between the roles, the joy in collaborating with Charles Dance, and a brief update on the forthcoming Mission Impossible movie – here’s an interview not to be missed.

If that wasn’t enough, we’ve edited together all of the best bits from the interview for a video below. Not often we have enough material to do that after a six minute experience…

Despite the Falling Snow is released on April 15th.