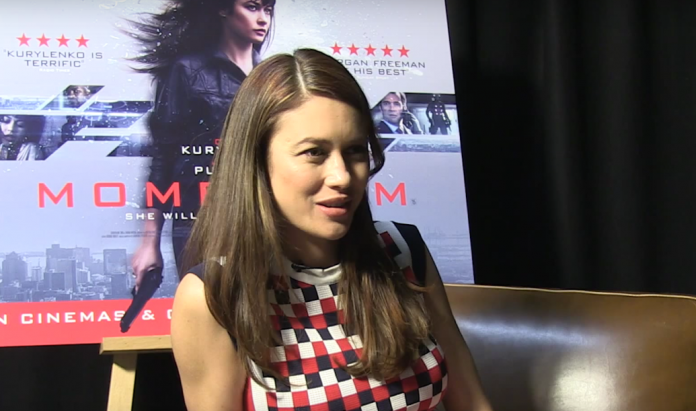 As much as we enjoy sitting down with actors and filmmakers for filmed interviews, in the traditional junket setup usually you have an allocated time of just four or five minutes. So every now and again it’s a joy to have a far more substantial slot, which is exactly what we had with Momentum star Olga Kurylenko, to mark the release of the action thriller.

Kurylenko discusses playing a lead for the first time, and whether or not she has seen an increase in roles of this nature for women. She also tells us whether she’s similar to her character at all, and the challenges that came with the training schedule. The former Bond girl also speaks to us about Spectre, and her love for the franchise.

Momentum is available on Blu-ray and DVD from 18th January, courtesy of Signature Entertainment.