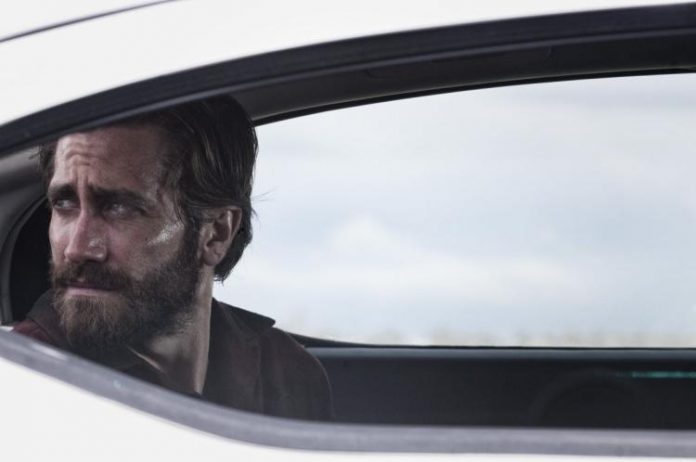 Tom Ford last came to the Venice Fest and impressed us with his super-cool and stylish A Single Man. Also based on a novel (Austin Wright’s Tony and Susan), his latest outing is Nocturnal Animals, a tale of loss and revenge.

The story is of two lovers: Susan (Amy Adams) and Tony (Jake Gyllenhaal). She was a budding artist and he an aspiring novelist when they get together. However, we are yet to discover this as the film opens in the present and Susan is a seemingly successful gallery owner with a blandly handsome and blithely adulterous husband (Walker Morrow). The day after her opening, she receives a parcel containing the manuscript of a novel by Tony, who she left two decades earlier. He writes of her as his inspiration and leaves his contact information. From here on in, we move between Susan’s preset, her past with Tony and her imagining the scenes of the manuscript. The novel is about a man, Edward, driving with his family through West Texas: no people, no cellphone signal and nothing but trouble on the road. When he, his wife and daughter (Isla Fisher and Ellie Bamber) are run off the road, Edward is separated from them and from here the story is of his loss and subsequent revenge.

There are some beautiful visual parallels between the past, present and fiction: the women are all redheads, the golden cross on a chain is worn by more than one protagonist, Gyllenhaal plays both Tony and Edward – for we are viewing the story from Susan’s perspective – and as Susan lies on her red velvet sofa reading, she envisages the two fictional women together on a red plush sofa. When Susan later stands before a painting with REVENGE written in giant script, we are in no doubt as to the outcomes in both stories. The outcome of the novel is more predictable, but it is perhaps the more gripping and entertaining of the two. This is mainly thanks to Michael Shannon as the chain-smoking Texan cop Bobby Andes. There seems to be little that this actor is not capable of and here in Venice just the sight of him brought a cry of delight from the audience. Intelligent and droll, he’s the kind of law enforcer we’re familiar with yet never tire of seeing. Another actor who rarely hits a bum note is Laura Linney, here in a brief but exquisitely acted cameo as Susan’s mother, a Texan matriarch who dresses like Jackie K and who is more prescient and knowing than her daughter can bear to give her credit for. British actor Aaron Taylor-Johnson is convincing as the psychotic redneck Ray, while Adams and Gyllenhaal make a beautiful blue-eyed couple and you really root for their youthful romance, then hope for Susan’s redemption and a reconciliation.

Tom Ford opens the film with a plush red backdrop against which we see naked women – bar the odd epaulet or majorette hat and pompoms – dancing. The women are mainly middle-aged or older and they are all overweight, yet what is striking about them is not their sagging, scarred bodies but their defiant gaze and celebratory performance. The camera then moves onto Susan and we see that these women are part of an art performance, yet these quintessentially American women (later echoed in the women seen in a roadhouse bar in Tony’s story) could also represent Susan, for she is alone, performing, her sleek appearance merely a show.

This is a finely crafted, visually sumptuous film with fine performances all round. Ford has made a film that will appeal to a broader audience than his debut feature despite the latter being a superior film. This is a thrilling romp about revenge, a dish apparently served cold whether in the desert heat of West Texas or the shimmering hills of Los Angeles.