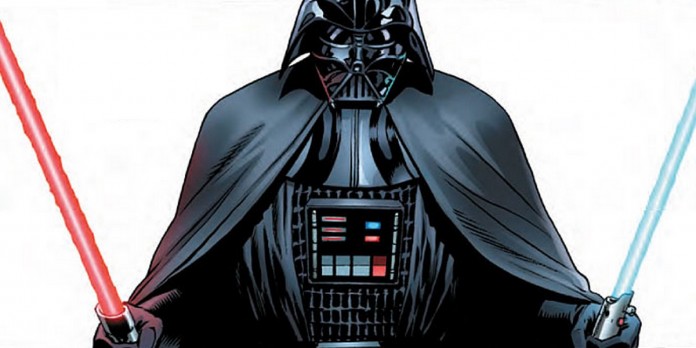 When Disney purchased Lucasfilm for a whopping $4 billion and announced a new trilogy of Star Wars movies set after the events of the original movies, many fans believed they would be getting pretty much an adaptation of the wealth of in canon Expanded Universe material.

It was soon revealed however that the EU is no longer considered canon, a controversial but understandable decision. Over the past year or so as we get closer to the release of Star Wars: The Force Awakens, Disney has actually been creating their own new canon, with a series of novels, an animated series, and a wave of comic books from Marvel Comics.

These have all been filling in various bits of history, but Marvel has been focusing on the years between A New Hope and The Empire Strikes Back. There have been a lot of major reveals as a result, and here you will find the ten biggest shocks and greatest moments.

Needless to say, there are of course some spoilers here for those of you who have yet to give these a read. Be sure to check out our best and worst of Force Friday by clicking here.

Luke Skywalker and Boba Fett’s first duel was not on Jabba’s Skiff in Star Wars: Return of the Jedi, but in Obi-Wan Kenobi’s old home on Tatooine. Hired by Darth Vader to track down the Rebel pilot responsible for the destruction of the Death Star, the bounty hunter follows Luke to Ben’s old abode and blinds him with a grenade.

What came next was a pretty down and dirty fight as Luke desperately tried to hold off the villain with only his lightsaber (which didn’t do him a huge amount of good given his lack of training) to protect him. The young Jedi actually escaped from Boba, so it’s no wonder he tried so hard to kill Luke when they next met some years later. This was a fun scene with some great dialogue between the two.

As you might imagine, The Emperor wasn’t happy about the destruction of the Death Star. Blaming Darth Vader for the battle station being blown up by the Rebels, the Sith Lord receives a demotion of sorts, and understandably feels humiliated by his Master.

However, it gets worse when Vader discovers that The Emperor has had one of his underlings training lightsaber-wielding cyborgs and technically enhanced warriors, none of whom have any sort of connection to the Force, something which disgusts Vader.

The reason for their existence is to potentially replace the man once known as Anakin Skywalker as The Emperor’s enforcer, and as you might imagine, this puts some strain on their relationship.

One of the most shocking and controversial revelations to date in these Star Wars comics is the fact that Han Solo has a wife. This is a storyline which has yet to be resolved, so we don’t know the full story, but Sana Solo has so far insisted that she is indeed his wife despite Han’s denials to Leia about their past.

Sana couldn’t be any more different to the Princess as she’s been shown torturing Rodians for information on Han’s whereabouts and then attempting to hand over Leia to the Empire in return for a reward!

As a newly created character who obviously didn’t show up in either The Empire Strikes Back or Return of the Jedi, we know Han won’t be leaving Leia for his “wife”, so seeing how this is resolved should be interesting…