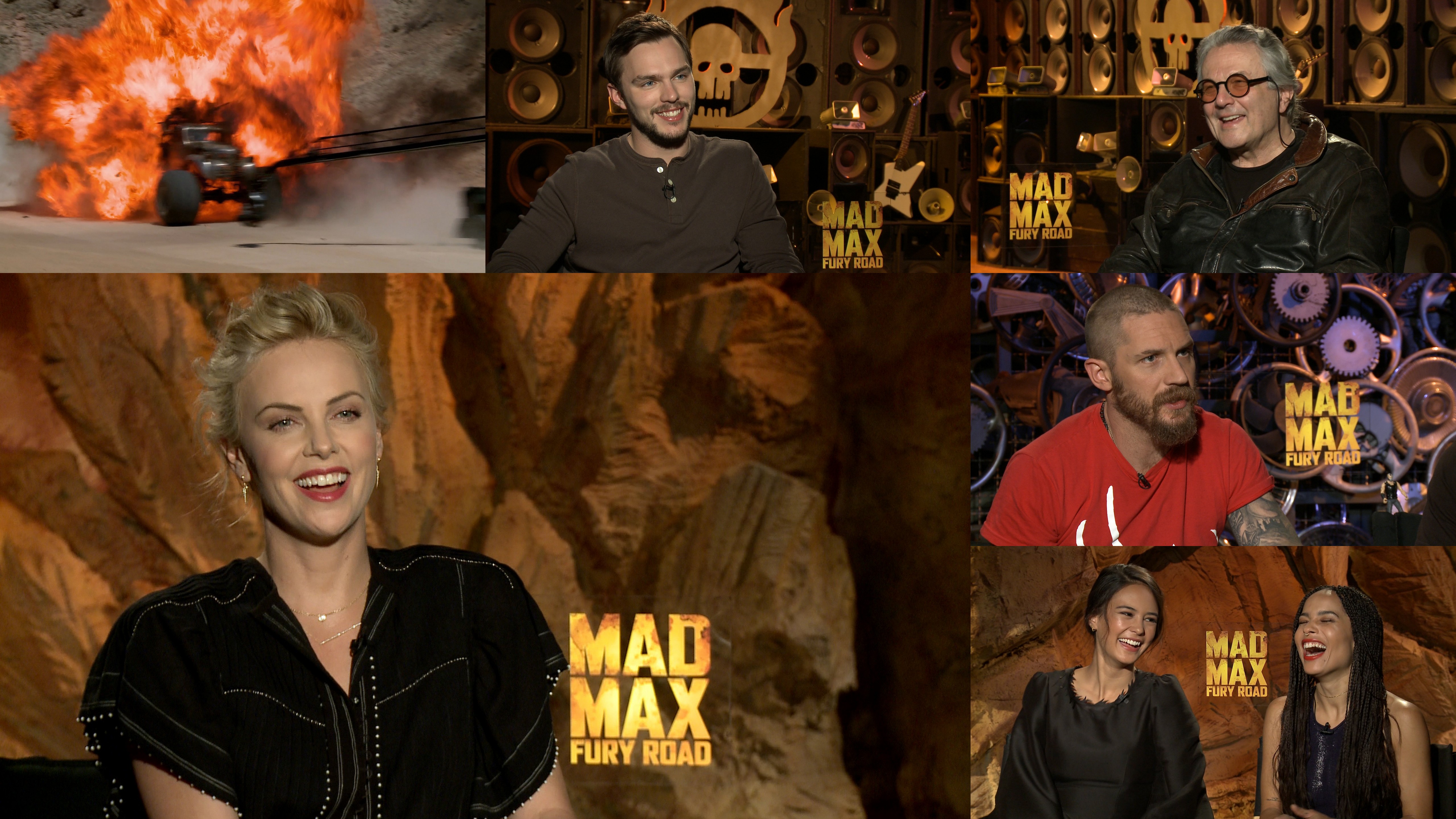 If you’ve not read our review of Mad Max: Fury yet, then you need to click this way after watching the below. It deserves every single one of the Five Stars that we’ve given it and when you see the movie, you’ll see why.

The film hits both UK and US cinemas tomorrow 15th May and our friend Joel Jaggar was lucky enough to meet up with some of the cast to chat through what makes this film franchise so popular. It’s been 30 years since the last Mad Max movie and Writer / Director George Miller (who also wrote and directed the three previous Mel Gibson films) tells Joel just why it’s taken so long to get Max back onto our screens. He also tells us that Tom Hardy was six weeks old when the first movie was shot back in 1985.

We also get to hear from Charlize Theron who talks about her inspirations for her character Imperator Furiosa and what it was like filming in the Namibian desert for 120 days. Tom Hardy talks about taking on the role played so brilliantly by Mel Gibson while Zoë Kravitz and Courtney Eaton talk us through what it was like to play one of the Five Wives.

Finally we get to hear from Nicholas Hoult on the hours in which he spent in the makeup chair, how he learnt to knit during the making of the movie and what we can expect from the next instalment of the X-Men franchise, X-Men: Apocalypse.

Crank it all the way up – Fast and Furious: The Fast Saga gets a Big Game Spot