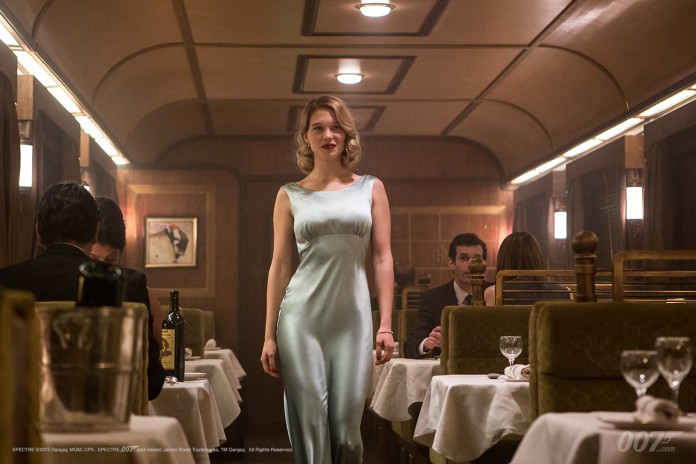 Inspired, intelligent and immeasurably beautiful: these are key terms which perfectly render Léa Seydoux. An icon in her homeland of France, the 30 year-old star is beginning to accumulate rightful acclaim in the wider filmmaking markets, thanks to a number of English-language appearances across the last half decade. However, no role outside of her native tongue has been quite as demanding as her upcoming performance in Spectre.

The twenty-fourth instalment in our beloved James Bond 007 franchise sees the actress standing tall alongside Daniel Craig’s MI6 agent as she takes the first full ‘Bond Woman’ (not ‘Girl’) performance as Dr. Madeleine Swann. This leading part showcased entirely in English will certainly be the project to propel this wonderful performer into the mainstream, but Seydoux has been delivering brilliant screen-turns since the mid 2000s.

To celebrate the release of Spectre (in UK cinemas 26th October – read our review here), here’s Six of the Best offerings from her dense back catalogue. We imagine once audiences exit Bond 24, they’ll want a little bit more Swann in their lives…

Christophe Honoré’s dizzying television movie is adapted from “La Princesse de Clèves,” Madame de Lafayette’s 1678 novel of forbidden passions among the aristocracy, but has been modernised inside present-day French schooling. Playing her Junie with voluptuous sullenness, Seydoux’s student arrives at the school mid-year and is quickly confirmed as the universal crush with the dough-eyed boys. Eventually she pairs up with Otto (Grégoire Leprince-Ringuet), but she also catches the eye of M. Nemours (Mr. Garrel), a teacher of Italian who barely looks older than his pupils and is, if anything, less mature than most of them.

The Beautiful Person is supercharged with modern life’s complexities and vagueness; it dashingly and handsomely updates an aging literary specimen thanks to the art of seduction and sass. Seydoux’s frenetic magnetism allures the spectator equally as her co-stars – we become lost in her intoxicating aura, which is a true credit to her craft. This is a work of both fire-bellied passion and swooning melancholy, which in turn serves one heady cocktail to gulp down.

This coy and collective mystery from Jamshed Usmonov fizzes with dramatic energy as we witness a world desperately unravel. Weighted by brooding lust, Seydoux excels as Eve; a young wife whose husband Paul randomly disappears one evening, leaving only his biblical debt behind. As the local police conduct an investigation into the case, Olivier Gourmet’s lawyer Chollet, offers his support to Eve. A former associate of the missing man, the police soon begin to suspect Chollet’s involvement in the act, spinning a delicate web of deceit and desire.

Optimising smarts with sensuality, our actress in question delivers a detailed performance in My Wife’s Romance – it enthuses the very best of her physicality thanks to subtleties of the auteur’s lens. The finite expressions of emotion like the brushing of a tear, or the grazing of a hand are captured with startling intimacy, which consequently only furthers the delirious state of affairs unfolding. The spectator is immersed in a growing relationship – one of profound purities – but it is entirely amounted on unlawfulness and mistrust? The central chemistry between the two leads is fantastic, but Seydoux is the star of the show. Eve’s longing, virginal gaze is a most vivid image that will hang long in the memory.

A heavy-hitter at the 66th Festival de Cannes in which it scooped the prestigious Prix François Chalais, Rebecca Zlotowski’s gritty and enveloping Grand Central is a dynamic achievement. Both a bruising social realist portrait and a captivating romance, the drama follows Tahar Rahim’s Gary; an agile young man with a hot head on him. After a parade of odd jobs, he locks in firm employment at a nuclear power plant in which he finds what he has always wanted: money, stability and a sense of family. However the job has serious repercussions as daily exposure to radiation begins to affect his health, plus he engages in an illicit affair with Seydoux’s Karole – wife of his supervisor. Forbidden love and toxicity slowly start to contaminate.

Founded with equal lyricism and acidity, this is a seriously rare beast. At times enchanting, others abhorrent, such juxtapositions in tone and style could jar, but Zlotowski has true control of her film; ensuring things remain grounded in the familiar isotopes of human emotion. Much of this stern excellence comes from her performers who provide very open and generous work. Seydoux captivates as the ‘other women’ – a sordid enigma defined by a sense of belonging. Gary provides the warmth and weight required for a relationship to prosper, but the immoralities of their endeavour are as draining as the lethal chemicals invading the organs.

“The four of us have an important job to do…” Trailer drops for M. Night Shyamalan’s ‘Knock at the Cabin’

Daniel Craig is on the hunt again in teaser trailer for ‘Glass Onion: A Knives Out Mystery’