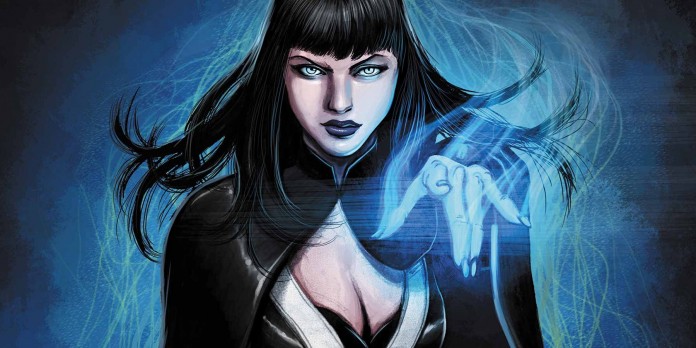 You’re no doubt already very familiar with the Justice League, but what about the Justice League Dark? While not as well known as their mainstream counterparts, this unique superhero team deals with the threats that Superman and Batman don’t even know about.

Made up of supernatural heroes, the Justice League Dark tackle mystical threats outside of the purview of the main Justice League, and the team consists of a unique, unusual, and obscure set of characters from some dark and strange corners of the DC Universe.

While Batman v Superman: Dawn of Justice is going to be all about bringing the Justice League together (at last), it was recently revealed that Warner Bros. has finally put the long delayed Justice League Dark/Dark Universe on the fast track with producer Scott Rudin.

So, before this team make their big screen debut, what do you need to know about them? Here, you will find an in-depth and easy to follow guide which explains who they are, what we should expect from the movie, and while you should be really exciting for this movie…

There are really any number of supernatural heroes that Warner Bros. could choose for Justice League Dark, though Guillermo Del Toro was at one point quoted as saying that his version will consist of Constantine, Swamp Thing, Deadman, Zatanna, and Etrigan The Demon. That’s a pretty cool mixture, but there are some notable omissions.

Popular female characters Amethyst and Black Orchid not being included is surprising, and it’s a real shame that there’s been no mention of Frankenstein (more on why he’s awesome a little later in this feature). For the most part though, this is a solid team, and Etrigan’s involvement – he’ll no doubt be the team’s muscle – might just make up for the lack of ol’ Frank for now.

Believe it or not, Warner Bros. may have already started planning for Justice League Dark. In the first arc of the team’s latest series, they squared off with an out of control Enchantress and were brought together to take on this powerful villain when the Justice League failed to stop her. The reason for that was June Moon being separated from the Enchantress entity, leaving the powerful witch to wreak havoc on Earth; so, why is this relevant to the DC Extended Universe?

Well, the character will be introduced in Suicide Squad (played by Cara Delevingne), and while it appears as if she’ll be its villain, there’s a chance the movie could be setting the stage for her to take on an even bigger role in Justice League Dark.

Constantine was pretty much doomed from the start. Given a terrible slot to air in (Friday nights) and gifted not even a fraction of the marketing that newcomers Gotham and The Flash were by Fox and The CW, the NBC series being cancelled didn’t really surprise anyone.

There were rumblings for a while that the show could be saved elsewhere, but the closest we’re going to get to that is an appearance from Matt Ryan as the character in season four of Arrow. While Guillermo Del Toro has been quoted in the past as saying he would consider casting the Welsh actor in the role, that apparently is no longer the plan, an understandable – but disappointing – decision given that Warner Bros. keep their film and TV projects separate.