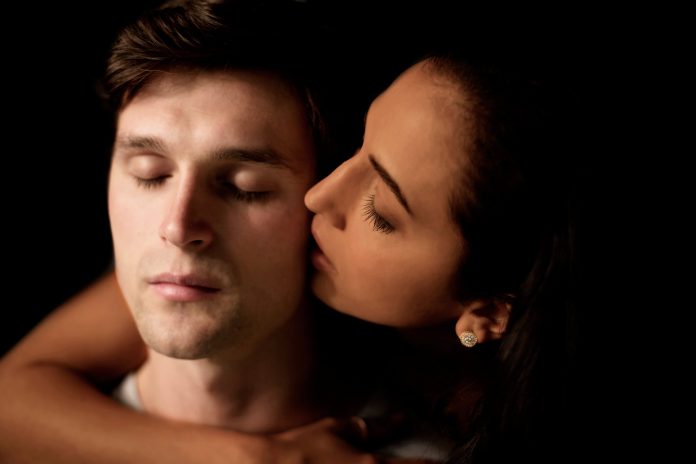 One autumn evening in 1997 a young, promising engineer student died of a heroin overdose after the paramedics failed to arrive at the scene on time. The reason for this was that the student’s girlfriend, who had made the call, had purposefully given the paramedics the wrong address. In the ensuing years, many Australian citizens were concerned about the events and circumstances that led up to this perplexing crime, notably the omission of a sound motivation from the girlfriend. Known Australian author Helen Garner also attended many of the jury hearings, and she too was equally puzzled by the events that preceded the student’s death.

Garner published her nonfiction novel in 2004, which recounted the trials and of her personal feelings towards the killer in question. This book serves as the basis for Sotiris Dounoukos’ filmmaking debut Joe Cinque’s Consolation.

Joe Cinque (Jerome Meyer) is the aforementioned student, whose kindheartedness and boyish charm woos the Australian-Indian law student Anu Singh (Maggie Naouri) at a local student pub. Singh signals her vulnerability to Joe by stating that she’s in the midst of a break-up. However, mere moments after such an announcement the two are intertwined, and the film cuts to three years later where it’s established the pair are now in a relationship.

The literary origin that this film has been adapted from is known for taking a hostile, albeit, in a subdued manner, stance against Singh, and this introduction sufficiently reflects this in its undermining of Anu’s convictions. Whatever Anu announces early on is quickly discarded as hypocrisy, or self-contradictory – she’s concerned over health, yet is a casual smoker, and she has many male acquaintances but is visibly jealous of Joe’s confidence in interacting with the opposite sex. There is minimal ambiguity of the protagonist/antagonist, good/evil dichotomy as clear delineations are drawn out.

Singh’s body image issues, an issue that she has been battling with since her teen years, does little to garner much sympathy for she manipulates everyone around her, and successfully turns them against each. Worse still, she and her fellow law students intellectually humour the notion of murder and suicide via heroin overdoses. One arrogant suburbanite Saul (Jacob Collins-Levy) assists in their acquisition of the drugs, instructs both Singh and her loyal friend-cum-accomplice Madhavi Rao (Sacha Joseph) how to inject properly, and takes perverse pleasure in encouraging Singh’s plan to kill Joe.

This isn’t because of Saul, Rao, or any other student dislike Joe, nor do they believe (except Rao, of course) Singh’s malicious tales of verbal abuse from Joe, but because their sheltered and immature existences render their emotional connectivity to the crime as indifferent. To them it’s just a ‘thing’ that happens. Furthermore, Rao’s sociopathic loyalty to Singh that makes this senseless crime all the more frightening. Rao supports Singh wholeheartedly, but her cold demeanour in organising and materialising Singh’s insane plan makes her seem arguably worse. It’s Singh’s social circle of indifference, and inability, or unwillingness, to warn Joe of Singh’s intentions that make the crime (somehow) worse.

Jerome Meyer and Maggie Naouri have the chemistry needed to make this disconcerting all the more tragic. Naouri shines as she depicts this erratic manipulator with an underpinning of psychological turmoil. This turmoil is in the subtext and it’s imbued with her characters impulsive nature and lack of self-control. Her vitriolic outbursts to those who she feels have done her wrong, her ability to turn against anyone for personal gain, and her single-minded nature to gain any leverage are all the markings of a damaged and unwell individual. Naouri cleverly grounds this tightly wound-up character. Meyer may have his wooden moments, but given the angelic depiction in the screenplay, Meyer had very little material to work with.

Sotiris Dounoukos makes an astounding feature-length debut in this uncomfortable thriller that will leave audiences frustrated by the senselessness of the crime and satisfied by the roller-coaster of emotions Dounoukos has put them through. The film’s budgetary constraints creep into the frames aesthetics and shot compositions, veering itself into the made-for-TV territory, but the rich source material and unabashed stance on the film towards its characters marks this out as a noteworthy independent thriller.