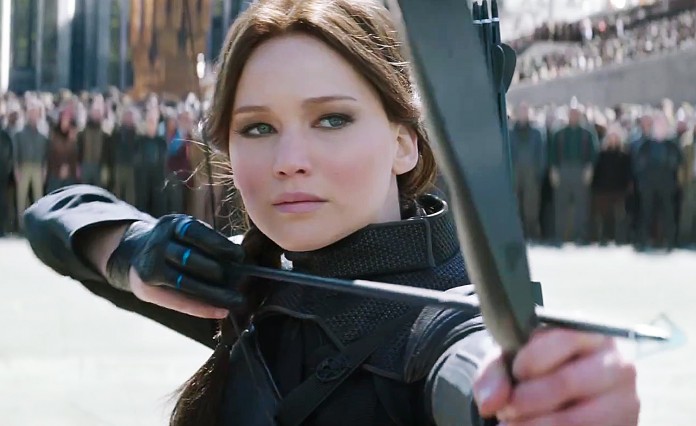 Jennifer’s second collaboration with David O Russell saw her pick up her yet another Academy Award nomination, this time in the Supporting Actress category. Lawrence took on the role of Rosalyn, the wife to the central character Irving Rosenfeld, a famous American con man.

Like Tiffany in Silver Linings Playbook Rosalyn is a damaged and volatile character, one who can fly off the handle at the drop of a hat. She also stars in arguably the movie’s most memorable scene as she dances around the front-room in her marigolds signing the iconic Bond song Live and Let Die.

Like in Silver Linings Playbook Lawrence manages to perfectly combine humour and tragedy, a trait that has come to define her career.

The directorial debut of actress Lori Pretty Poker House is the harrowing story of three young girls being raised by a mother who has turned to prostitution. The girls, Agnes (Lawrence) Bee and Cammie must live in their mother’s (whore)house and on a daily basis encounter drugs, alcohol, sex and gambling.

Lawrence’s character Agnes becomes particularly besotted with her mother’s pimp Duval and starts a relationship with him of sorts. To go into further detail would be to spoil the movie but it features one of the most harrowing scenes of Lawrence’s career.

It was also Lawrence’s first leading role in a movie and at the age of 18 it was quite clear what a talent she would go on to become.

The film that is often credited with really putting Jennifer Lawrence on the map. In Winter’s Bone Lawrence plays Ree, a teenage girl who looks after her mentally ill mother and her two younger siblings. Ree’s father is a meth dealer on bail and when the police inform Ree that if he doesn’t show up for his court date then the family will lose their house, forcing her to set about a world of meth heads and crime in order to find her father.

The film was Lawrence’s first lead role and won her an Academy Award nomination for Best Actress, making her the second youngest actress at the time to ever receive a nomination. The film really showcased the actresses ability to get inside a character’s head, with her performance receiving plaudits all across the industry. The film’s final scenes are particularly brilliant, showcasing what a phenomenal young talent Lawrence really is.