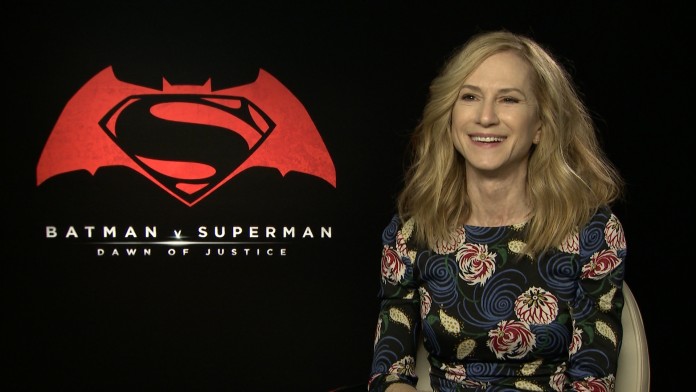 Playing Senator Finch in Zack Snyder’s Batman V Superman: Dawn of Justice, Holly Hunter discussed her role with us when promoting the film during the London leg of the world tour. She discussed the humanity to her role and why it appealed to her, while also speaking about the forthcoming sequel for The Incredibles, and finally, the million dollar question; Batman or Superman?

Batman V Superman: Dawn of Justice is released on March 25th. You can read our review of the film here, and watch all interviews for this title on our playlist, below.