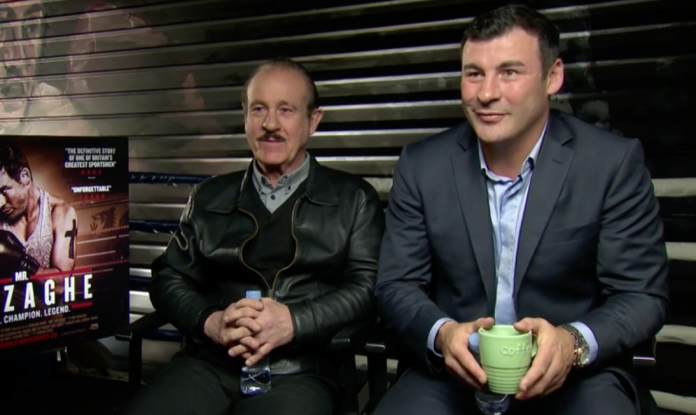 Not many boxers can boast a record quite like Joe Calzaghe’s. The Welshman retired undefeated after an illustrious career – and has now found himself as the subject of documentary Mr. Calzaghe.

It was our absolute pleasure to step into the ring with the man himself (literally) – where he was joined by the brilliant character Enzo – his father and trainer. We discussed who would play them both in a narrative feature film, whether Joe got the recognition he deserved, and what they both make of the current state of boxing.

Mr. Calzaghe is having a limited theatrical release on the 20th November, and will be available on Blu-ray and DVD as of the 23rd November.