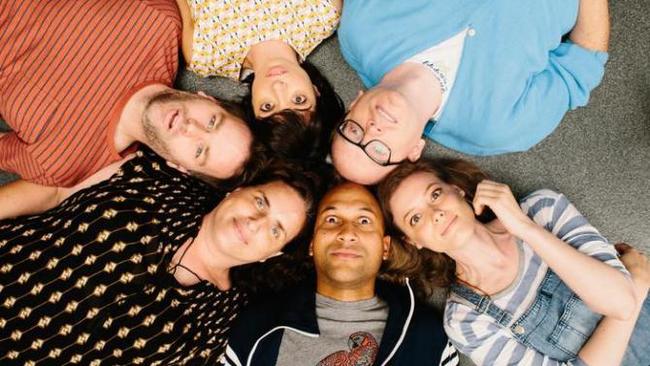 We all get it, that juvenile, irrational jealousy that creeps in when a close friend garners some success we oursevles are striving for. Deep down we’re happy for them, sort of, but always a little reluctant to fully express any sense of joy, feeling a little unenthused, dispirited even, that it could’ve been us. It’s this very notion which lays the foundations for Mike Birbiglia’s latest feature Don’t Think Twice – though perhaps taking too heightened a take on reality that the aforementioned envy is actually rather pathetic.

Birbiglia stars as Miles, the leader of an improvisational comedy troupe named The Commune, who perform regularly to a loyal fan-base. The reason behind their relative success is down to their camaraderie (and wit, of course) – but that’s jeopardised when they learn that a producer from the TV show Weekend Live is in the crowd, scouting for new comic talent. Suddenly their act becomes somewhat competitive, and Jack (Keegan-Michael Key) and Samantha (Gillian Jacobs) are offered an audition off the back of it. While the latter struggles to muster up the courage to make the audition, Jack is employed and becomes a staple member of the series, much to the disdain of his nearest and dearest. Though striving to make a name for himself, Jack leaves behind a fractured group, where their own insecurities and ambition start to get the better of them.

One of the problems with having a group of improvisational comedians as the protagonists to this film, is that they’re all really rather annoying. Constantly speaking over one another, trying to outdo each other comedically, the way they each fight for the spotlight is grating to say the least. But their ambition is relatable for anybody, irrespective of your profession, for this film explores the notion of vying to achieve your dreams and struggling in the meantime, which is a core theme, and one that resonates with many of us.

Naturally the film is overstated at times for comedic purposes, but at other points it strives to be naturalistic and so the exaggerated reaction to Jack’s success conflicts with that. The way they respond to his new job is misjudged and a little over the top, his friendships are on the brink of combustion, while the same can be said of his relationship with his girlfriend Samantha, which seeks only in making the collective somewhat unlikeable, forming a distance between the viewer and the characters.

Needless to say, with Birbiglia at the helm there are plenty of laugh out loud moments, while there remains a certain warmth to proceedings, as a writer who balances comedy and pathos remarkably well – and this is no different.