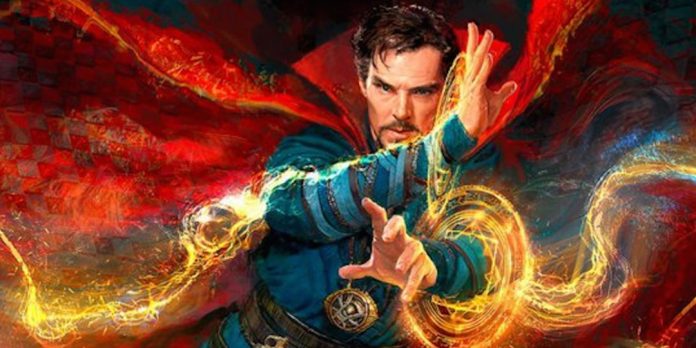 Doctor Strange is Marvel’s most ambitious project yet; an intellectual, mind-bender of a blockbuster that never once compromises on its entertainment value. In short; they’ve only gone and done it again.

Watch our Premiere Interviews with the cast here

Benedict Cumberbatch takes on the role of the eponymous protagonist Dr. Stephen Strange, a conceited, celebrated neurosurgeon who performs miracles on his patients alongside his trusty colleague Christine Palmer (Rachel McAdams). But after a near-fatal collision one evening when driving, he’s the one in need of a miracle, for he awakes to learn that his hands are destroyed, ruining his career. But when he learns of a victim who defied biology to walk again, he wants to discover how this was possible – which is when he is informed about an elusive, spiritual collective tucked away in Nepal, who can heal the body by first healing the mind.

Though sceptical, Strange is desperate and makes the journey, where he is confronted by Baron Mordo (Chiwetel Ejiofor) who introduces him to his teacher The Ancient One (Tilda Swinton), who convinces the cynical doctor that her methods will work, blurring the line between the real world and what lies beyond, sharing mystical secrets and alternate dimensions with her new student. Strange initially wanted only the use of his hands back, until he learns of The Ancient One’s rogue, former student Kaecilius (Mads Mikkelsen), who is using his supernatural, metaphysical powers to achieve great darkness and destruction.

As with any origin story, there’s a challenge in building a world and having the viewer engage with it, to understand it and appreciate what is at stake. In Doctor Strange, Scott Derrickson’s job is far from an easy one in that regard, given the sheer layers and complexity to the narrative, and the fact the character feels so self-contained and detached from the Avengers we know so well. But the director passes with flying colours, with a Chris Nolan-inspired endeavour that is accessible in spite of its mysticism, combining the real world with the alternate one in a seamless fashion. Much of that is down to the screenplay the director co-penned with Jon Spaihts and C. Robert Cargill, which injects several pop culture references with a minimum contrivance. Such as when Mondo hands Strange a card, which the latter questions – only to discover it’s the wi-fi password at their domestic quarters. “We’re not savages” he smiles.

What also helps in transcending the genre is the sheer quality of actor, as there are scenes taking place with Cumberbatch, Ejiofor, Swinton and Mikkelsen on the screen, elevating this production to the next level, particularly in the case of the former – who stars in the titular role. Cumberbatch’s casting is spot-on in this instance, for the actor has a certain dark quality about his demeanour which enriches the narrative, for you need to feel on edge where Strange is concerned, wary of the fact he too could be tempted by the dark side, much like Kaecilius once was – and that threat remains prevalent, in a foreboding manner. It also works to have this role be so imperfect, as much like Tony Stark – he’s an egotistical, flawed creation that represents something of an antihero. Regrettably any such commendation can not be made towards Kaecilius, and while no reflection of the talented Mikkelsen, it’s a character we simply do not explore substantially enough.

Where Doctor Strange truly comes into its element, however, is within the sensational use of special effects, as the way the city landscapes fold into themselves and the vibrancy of the alternate dimensions is indelible (and really damn trippy), as the most aesthetically striking film to have come out of the MCU yet. On a more negative note, not all of the humour lands, and at times you get the impression that Derrickson feels obliged to inject comedy into the narrative given the studio thrives so predominantly in that area, when perhaps a darker, more dour approach may have worked. But hey, they can’t all be Guardians of the Galaxy – the one film that still prevents Doctor Strange being crowd as Marvel’s finest.

Doctor Strange in The Multiverse of Madness Press Conference: Benedict Cumberbatch, Elizabeth Olsen, Kevin Feige & more on the making of the madness.

Win The Electrical Life of Louis Wain on Blu-ray