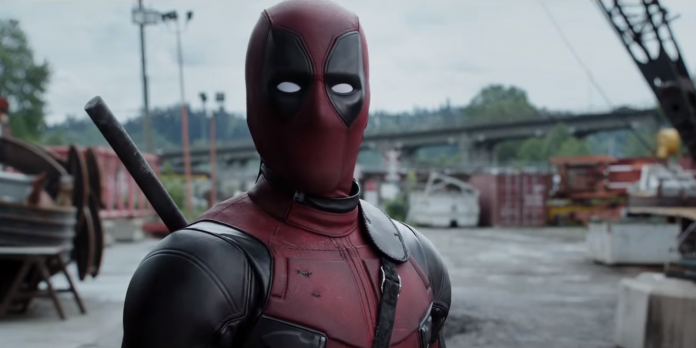 It seems that anything that exists within the Marvel franchise can do very little wrong at the moment, as a new breed of superhero films are upon us, counteracting the dark intensity of the Nolan endeavour, for a more playful, comedically inclined approach. But if there was one criticism to be had, it’s that they follow a very similar formula, with an almost interchangeable narrative structure, particularly the case for an origin piece. But then along came the endearingly and staggering self-referential Deadpool, to prove there is still so much creativity in this studio, as they thrive emphatically in the art of self-deprecation.

Rhett Reese and Paul Wernick’s screenplay has been imagined triumphantly on the big screen by first-time filmmaker Tim Miller, meaning that it’s lead star Ryan Reynolds who is the most well-versed in the superhero genre, following an unsuccessful showing at The Green Lantern. This time, in a slightly more prosperous setting, he plays Wade Wilson, a charismatic mercenary with a thirst for violence. Finally finding a semblance of happiness in his life, after meeting the equally as eccentric Vanessa (Morena Baccarin) – any such elation is short-lived, when diagnosed with an untreatable cancer. In a bid to save his life, however, he is subject to radical, rogue experiments undertaken by Ajax (Ed Skrein) to discover if he can remain alive as a fellow mutant. It transpires that he can – but at a cost, as in spite of his accelerated healing powers, Wade – who now goes by the alias Deadpool – is seeking revenge on the man who tortured him.

Deadpool is strikingly meta in parts, not just breaking the fourth wall, but smashing right through it. Marvel have rewritten the rules of the superhero genre with this offering, to a point where it could almost be deemed detrimental to their other productions, as this so blatantly pierces through our disbelief, and unashamedly highlights the fact it’s all just fiction. There’s one moment when Deadpool is asked whether he would like to see the professor to which he responds, ‘McAvoy or Stewart?’

The film survives off Reynolds charm too, while the actor also impresses in the more subtle, emotionally charged sequences. But it’s the character, his alter-ego that we adore – and he represents an anarchic, juvenile side to us all. When faced with danger, if a bullet flies right past your head, I imagine in that moment the one thing you would wanna shout is “shit”. Or when faced with the man who almost destroyed your life, “fucking idiot” seems like a rather apt insult to throw at him.

Essentially, and in spite of the fact that every other line seems to be a comedic one-liner – the humour doesn’t compromise the narrative implications, we still get a sense for the significance and immensity at hand, as well as the peril our protagonist is facing. That said, the story is remarkably intimate and simplistic – it’s a very personal tale to our hero. He’s not saving the world and getting the girl, he’s just focusing on the latter, and the film is all the better for it.

Deadpool could be to the superhero genre what Scary Movie was to horror, satirising and ridiculing the tropes and conventions consistently. The only concern is whether or not we’ll be able to suspend our disbelief in the future, after this has – albeit affectionately – uncovered the mask. But with Marvel there comes an incredible degree of faith; they’ve certainly earned that much. So raise a glass, to the Marvel I’ve all been waiting for.

Trailer drops for Marvel Studios first animated series ‘What If…?’