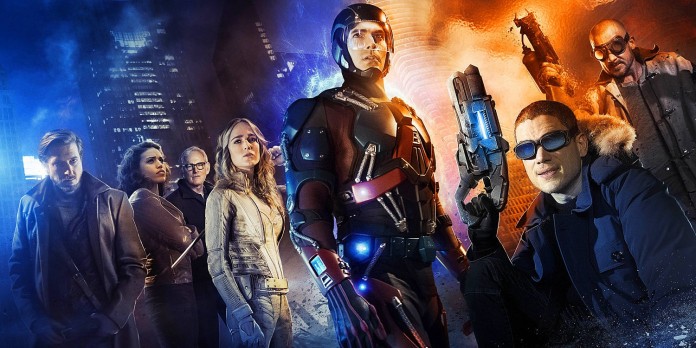 If you’re not watching Arrow and The Flash, you’re missing out. While the former got off to something of a rocky start (and a hit and miss third season), they’re both excellent comic book adaptations, and both have introduced a number of great characters who could all carry their own series. That would be a long list of shows though, so why not have them team up?

That’s exactly what’s set to happen in DC’s Legends of Tomorrow when everyone from The Atom to Captain Cold are assembled to take a trip through time in a bid to stop a dangerous new foe who could bring an end to everything. The event series is closely tied to Arrow and The Flash, but looks set to expand this corner of the DC Extended Universe in a major way.

Here, you will find everything you need to know about the spin off, including all the latest rumours and official details as we get set for the launch of this highly anticipated series. Once you’ve read up on Legends of Tomorrow, be sure to check out our in-depth look at everything you need to know about the next seasons of Arrow and The Flash right here!

A huge part of DC’s Legends of Tomorrow is time travel. Rip Hunter, a roguish time traveller who hides the strains of being responsible for history itself behind a façade of charm and wit, will be leading the team through time, but it’s not going to be all plain sailing.

The heroes and villains he recruits on this mission have their own agendas and aren’t well-versed in time travel, and it’s been confirmed that they’re all going to embark on their own side missions as the temptation to change the future by altering the past and trying to find out what’s in store for them down the line becomes too great.

The Flash dealt with time travel in a very effective manner, so you have to believe the same is going to be the case for this show too.

This year, Green Arrow will have his hands full with Damien Darhk, while The Flash is going to be squaring off with Zoom. DC’s Legends of Tomorrow meanwhile will be taking on an even greater threat in the form of the very dangerous Vandal Savage.

Played by Danish actor Casper Crump, this version of the character is an immortal, having spent the past 6,000 years moving like a virulent disease through history, whispering in the ears of despots and dictators, all leading to his eventual domination of the world.

It’s that whole world domination thing which Rip Hunter is obviously looking to avoid, hence why he assembles a team of heroes (and villains) he can take through time in a bid to stop this villain once and for all.

An exact episode count and premiere date for DC’s Legends of Tomorrow isn’t certain as of right now (we do however at least know that a January 2016 debut is highly likely). Interestingly though, it was recently revealed that the pilot episode is going to be a two-parter.

It’s too early to say whether they’ll be aired on the same night or across two weeks, but that effectively makes the first episode of the show the same length as a relatively short movie.

Showrunner Phil Klemmer penned both parts alongside Arrow and The Flash regulars Marc Guggenheim, Greg Berlanti, and Andrew Kreisberg, while Glen Winter – the director of the Arrow, The Flash, and Supergirl pilots – is helming both. That’s a wealth of talent!

Ben Affleck confirmed to reprise Batman role in ‘The Flash’