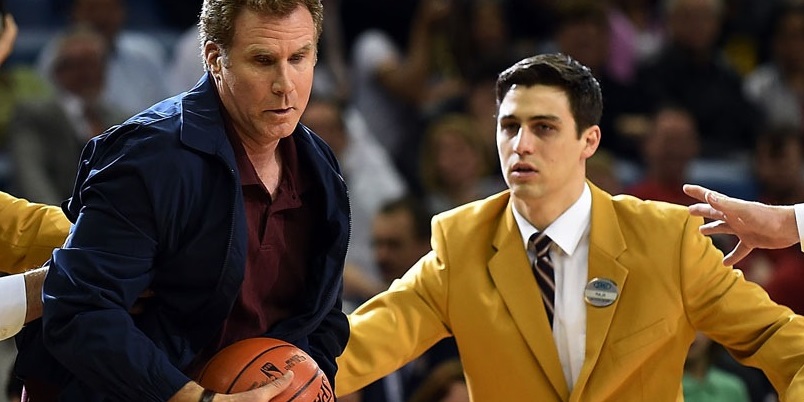 Ah, dad jokes. Famous for their persistent, repetitive nature, their almost-deliberate-unfunniness. We’ll here’s an entire film made up of dad jokes – though believe me, it’s not nearly as endearing as that may sound, marking a rather unsuccessful return to the screen for duo Will Ferrell and Mark Wahlberg, following their recent collaboration in the noteworthy comedy The Other Guys.

Sean Anders’ latest endeavour focuses in on the compassionate, well-intentioned Brad (Ferrell) who marries single mother Sarah (Linda Cardellini), and seeks in becoming a role model and earnest step-father to her two young children. Finally making progress (the family portraits drawn by the youngest now feature Brad being killed, rather than depicted as already dead) – his headway is halted with the return of the biological father, Dusty (Wahlberg). Manipulative, competitive, and most frustratingly, ineffably cool, Brad is threatened by the arrival of the carefree malingerer, as the pair lock horns in a bid to decide who will be the best parent to these two children, competing tirelessly for their love and affection.

It’s a shame Daddy’s Home falls into the same tropes and traps of the genre, following familiar beats we’ve seen countless times over – for the paramount theme being explored is actually a rather intriguing one. The notion of a step father, attempting to stamp his authority and be a bonafide dad while always remaining respectful of the biological father and allowing them access, is a common occurrence in real life and could provide the foundations for an amusing satire. We watch on as the kids naturally are drawn to the absent figure, idolising those not actually there doing the grafting, and it’s potentially interesting to delve into, but evolves into nothing more than your archetypal comedy with little innovation or subversion on show.

It just doesn’t feel as though Ferrell or Wahlberg have really had to try at all. Both actors are portraying characters we’ve seen associated to their sensibilities before, requiring little energy nor creativity, and that sense of ‘been here, done that’ lingers over the feature like a menacing, dark cloud, and it’s the viewer who ends up getting wet. Needless to say there are a handful of indelible moments, though few and far between, with a particularly funny sequence when the pair decide to put subtlety to the side and allow their rivalry to move from behind each other’s backs, to being in front of one another’s face. This is when the film truly kicks into gear, thriving in the notion of overstatement and frivolity.

The addition of handyman Griff (Hannibal Buress) helps matters too, as the funniest character within this title – but it’s sadly not enough to save this title from tedium. Will Ferrell may be remarkably funny as a step brother, but certainly leaves a lot to be desired as a step father.

Lookback at The Gambler

Kevin Hart & Mark Walhberg star in trailer for ‘Me Time’