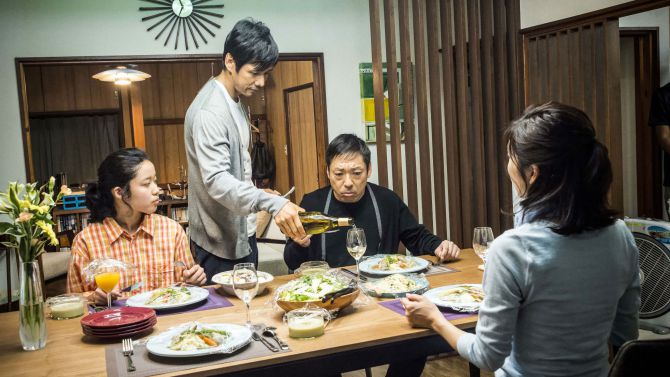 Pulse director Kiyoshi Kurosawa goes back to his roots with an unsettling horror-thriller that definitely can’t be accused of false advertising. It’s far from a total success, but genre fans should have more than enough to chew on as crack criminal psychologist Koichi Takakura (Hidetoshi Nishijima) finds his attempts to live the quiet life quickly derailed. A traumatic incident has seen him step away from police work and take a cushy gig as a college lecturer, although – as you might well expect – it isn’t long before he starts getting restless.

He’s barely settled into his new surroundings when a former colleague pops up asking about an old, unsolved case. It involves the mysterious disappearance of a family and the young girl – now a young woman – left behind. Koichi believes he can recover the memories locked in her troubled mind, but while he’s off playing detective again wife Yasuko (Yuko Takeuchi) and loveable mutt Max are at a loose end in a new part of town. Attempts to make nice with the neighbours mostly go nowhere, so when the deeply odd Mr Nishino (Teruyuki Kagawa) makes an appearance Yasuko is a little more willing to give him the benefit of the doubt. Bad move.

Those looking for twists and turns will be disappointed. It’s made abundantly clear that the creep-tacular Nishino is intimately connected to Koichi’s increasingly bloody and disturbing case, but even with little mystery and more than a few moments of outright silliness the film stays afloat. The characters inhabit an eerie, almost vacuum-like world where everything feels a little destabilised, Kurosawa frequently employing a cold, forensic style that becomes more and more effective as horrors are laid bare and the plastic wrap comes out to play. There’s also a welcome dose of jet-black humour and a wonderfully deranged performance from Kagawa.