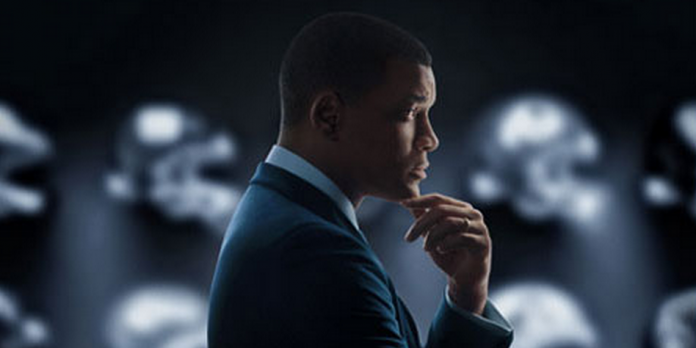 Peter Landesman’s latest endeavour Concussion opens up a fascinating debate – and one that you hadn’t realised was so difficult to navigate, until presented in front of you. For we explore the tumultuous set of events that begun in 2002, whereby a doctor challenged the conditions for players in the NFL, as we pit our own selfish yearning for entertainment with the health and safety of others, questioning our moral conscience in the process.

But this is the sign of a good movie, and while we are undoubtedly sympathetic to the former players suffering post-career, and the bereaved families too, the fact these scientific findings threaten the future of a beautiful sport – which is in the fabric of society, binding people together and bringing so much joy to their lives – the idea of it being compromised does make you feel uneasy. Of course the NFL are protecting their brand (and their pockets) – which is unforgivable given their duty to their players, but for the fans such consequences can seem like collateral damage in a sport that otherwise illuminates their lives. American Football is a gracious game, but a brutal one – and Landesman scrutinises over this notion and makes for a distinctively provocative watch.

Will Smiths plays the doctor at hand, Bennet Omalu – hailing from Nigeria, but settling in Pennsylvania. His fascination lies with the deceased, and though his methods are unorthodox, he is supported by his loyal boss (Albert Brooks) who is aware of his employee’s intelligence and diligence. Omalu becomes obsessed with the corpse of NFL legend Mike Webster (David Morse) who fell apart during retirement and died prematurely at just 50 years of age.

After a substantial examination, Omalu realises how the persistent knocks to his head across the course of his career led to his depression, and following a string of suicides amongst former players, Omalu diagnoses this new football-related brain trauma, naming it CTE. With the support of Dr. Julian Bailes (Alec Baldwin) and his wife, Prema Mutiso (Gugu Mbatha-Raw), Omalu locks horns with the NFL – who are adamant to brush off his accusation and scientific findings, as they fear for the future of the sport. But the Nigerian doctor refuses to give in, caring for the safety of the athletes, but worried that his efforts may very much be in vain.

Landesman does a fine job humanising Omalu and ensuring this remains a true story of the underdog, to help form an emotional bond between the viewer and the protagonist. It’s very easy for fans of the sport to have a very specific perception of the man, when picking up a paper and reading “doctor takes on the NFL” – instantly presenting him as something of a villain, vying to destroy the establishment and break the hearts of millions, a sentiment in no way helped by the fact he’s not an American himself. But Concussion shows the story from his side, and it’s his life we delve in to. Intimately studying his romantic narrative, his woes (they lose a child), we find ourselves rooting so fervently for his cause, realising that his fight was not in vain, he wants to help people who are dying, it’s as simple as that. The emotional connection is enhanced by hiring a national treasure in Will Smith to play the role too, and the actor turns in an accomplished display, remaining empathetic in a subtle manner.

So while Landesman does pose an intriguing debate, you do find yourself willing ardently for the underdog, though there is one criticism with this picture, and it comes within the narrative, which is ultimately unsatisfying. Given this is based upon a true story, when reflecting real life we’re left without a sense of closure nor finality, and while the events depicted are fascinating, they feel inconclusive, so it’s easy to leave feeling a little unfulfilled at the close of play.