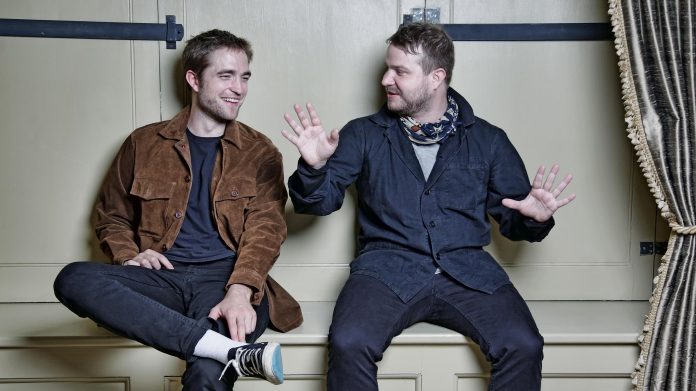 At a preview screening of Antonio Campos’ Simon Killer at the London Film Festival back in 2012, the eponymous lead Brady Corbet partook in a post-showing Q&A. It was clear, from his sheer, and infectious enthusiasm, as well as deep understanding for the craft, that here was an actor who could become a force behind the camera one day. With his debut endeavour Childhood of a Leader, as writer and director, he’s proven just that.

It therefore came as little surprise, when we met Corbet in a London hotel, that he had been working on this project at the time.

“I actually started working on this project a decade ago,” he told us. “I submitted it to Cannes but it was rejected as a treatment, as you submit a partial screenplay for the Residence. After that I put it down for a while and decided not to finish it. Then Mona Fastvold (co-writer) convinced me to pick it back up again, and she brought in some new characters and suddenly everything clicked. When she and I started working on it as a team it was done very quickly.”

Leaning forward and perched on the edge of the sofa, with a cap on backwards, Corbet represents a new generation of filmmaker; resourceful, academic, globalised. His first film is a mature one, with a deft execution you’d expect of somebody far more well-versed in this craft.The project represents a personal one to him too, as the notion of studying the upbringing of an eventual fascist dictator is an area that has long intrigued Corbet.

“I always the Camus story The Stranger when I was growing up, how the whole thing revolved around what made the protagonist pull the trigger – and what made him pull it again and again and again,” he said. “He keeps saying, well it was hot outside that day, there was sweat on my brow, I was agitated, I was feeling a bit depressed… Then he really unleashes at the end, and all of the reasons he gives are not satisfying, and yet a lot of these disturbingly play into a lot of our own actions. I can’t tell you how many times I’ve done something on a very minor scale that I regret, just because I didn’t get enough sleep the night before, things like that. So to speak about cause and effect, I suppose that I think all of those little things are all just as relevant.”

Corbet resents the notion that he is making a statement on parenting, however, nor making any attempt to make a stand in the nature versus nurture debate, as he lingers over what exactly could turn an innocent child into a tyrant.

“The idea was almost to catch people or lure people with the idea of this tyrant’s origin story and then actually subvert those expectations a little bit and spend just as much time in the evocative, sensorial moments, and I think very tiny moments shape us just as much as really traumatic ones.”

“I didn’t ever think of the film as a literal, psychological breakdown, I always thought of it, from the outset, as absolutely allegorical,” he said. “The idea was almost that these people in the house and around the community, all represented a certain status of the hierarchies of the period. The idea would be that we have an empty vessel for the audience to project themselves on to. It’s not a conventional character study in the sense that often what’s happening in the room next door to the boy is just as relevant as whatever he’s witnessing, and the film, in a way, is littered with potential causalities.”

“What’s interesting is the reaction of the film. Some viewers really despise the film and are quick to dismiss it because they assume that I have something to say about bad parenting, which I don’t. It would just be far too simple to write it off as that, because if you look at any of these stories throughout the history of the 20th century and tyrants from before that, of course they come from completely different socio-economic backgrounds and family situations.”

With Berenice Bejo and Liam Cunningham taking on starring roles, not to mention the breakthrough role for the young Tom Sweet – much attention will be placed on the supporting performance of Robert Pattinson, who continues to indulge in innovative, independent features that veer far away from the projected career many had expected after the Twilight Saga. Having spoken to Olivier Assayas following his collaboration with Kristen Stewart in Clouds of Sils Maria, the French auteur admitted the actresses’ ardent following was a strain on the production at times, with fans swarming around the set – but Corbet said he didn’t have any issues on that front.

“I think that’s changed a lot, and probably just three of four years ago that was a bigger problem for Robert,” he said. “Rob is working with most of the best directors in the world right now, and I think the more you do that, the less of the wrong kind of attention you’ll have. Everyone just grows up and hopefully lets it all go. I was in a funny position because I was in a kids movie called Thunderbirds when I was 13 years old, and if it had not been a box office failure then I’d have been associated with it, but I wasn’t so much because nobody really saw it, especially in the US. But I understand how it feels to have a very particular kind of interest but at a very young age become involved in something that is not necessarily representative of who you are, or what you want to make.”

“There are a lot of routes into how people arrive into doing what they feel they’re meant to do, but it’s very hard because these movies can be a little bit like baby photos, it’s quite embarrassing to live out your entire youth in a very public way, or at least it was for me.”

Next up for Corbet comes Vox Lux – far removed from Childhood of a Leader, instead focusing in an aspiring pop-star. Again down to both write and direct, he admitted it’s somewhat unlikely he’d work any other way.

“I don’t think I could ever be a director for hire, but I could work with someone else’s script, but there would always have to be a period of us working on it together because the way that I write, so much of the editing and the formal decisions exist in draft,” before he finished.

“The screenplay for this film is remarkably close to what the film is and I kind of need to spend time with it to decide then what to omit and what to include, because this movie in particular is a lot about the negative space, what scenes you aren’t including and what’s not being said, that was just the approach for this as it made the most sense as it suited a lot of attitudes of the period.”

Childhood of a Leader is released on August 19th. You can read our review here.

Robert Pattinson to return for ‘The Batman’ sequel