Richard Linklater could be defined as cinema’s very own time lord. Through out his career he has manipulated time to enhance his story telling techniques, whether it be an 18 year romance spanning three movies or the last day of high school told through the eyes of its pupils, Linklater has always been one of the most innovative directors in Hollywood. His latest movie, Boyhood, is perhaps his most ambitious yet. In fact it is perhaps one of the most ambitious movies ever made.

The movie, which Linklater started filming in 2002 spans 12 years in the life of a young man and was shot over the same time period, an astonishing feat. Like many of Linklater’s has been met with critical acclaim with some critics describing it as one of the best films of the decade so far, and so to celebrate the release of Boyhood today we are going to take a look back at six of Linklater’s best works. 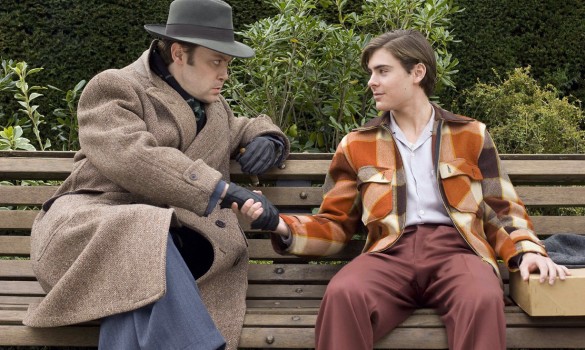 6: Me and Orson Welles

In the hands of another director a biopic centred around  Orson Welles may have focused on one of the big events in life, the making and release of Citizen Kane being an obvious choice. Richard Linklater however opts to go down a much more personal route, focusing on the troubled production of Welles’ stage adaptation of Julius Caesar.

The task of taking on the titular role in the movies is placed into the hands of relatively unknown British actor Christian McKay, who steals every scene with a performance that Welles himself would have been proud of. In what was his first serious role after the success of High School Musica Zac Efron stars as Richard Samuels, a young actor cast in the play. Efron shines as the charming but vulnerable Samuels, showing that he can be more than just a six pack or a bit of comic relief.

A film that, in other hands could have been nothing more than a worship piece for Welles becomes a deeply personal and endearing movie with Linklater at the helm.

Based on the true life story of American prisoner Bernie Teide, Bernie sees Linklater combine real life interview footage with his own footage to create one of his most endearing and funny works.

Jack Black takes on the titular role of Bernie, a much loved undertaker in Carthage Texas who is put on trial for the murder of billionaire Marjery Nugent in his garage. The film, like many of Linklater’s. is a glimpse into the life of one small part of Texas, an examination of a small society and how they react when they are put in morally ambiguous situations.

The use of real life interview footage adds an element of authenticity to the movie making it a unique and darkly comic affair whilst Jack Black gives a career best performance as Bernie. Matthew McConaughey also appears as a sheriff determined to take Bernie down in one of his more amusing turns in recent years.

Linklater’s best known and most financially successfully movie is 2003’s School of Rock, hitting number one at the box office and achieving critical acclaim to match.

The film tells the tale of Dewey Finn, a down and out musician who pretends to be a teacher in order to pay his rent and was such a huge success not only as  it was a hilarious movie from start to finish but it managed to be quietly charming and, ultimately, moving.

Jack Black, in the lead role is thoroughly convincing as the free spirited Dewey and he is supported by a fantastic array of young actors, all of whom contribute their part to the movie. It also has one of the best soundtracks of the last ten years and give birth to the Tenacious D hit ‘Tribute.’

Tom Hardy stars in new trailer for ‘Venom: Let There Be Carnage’