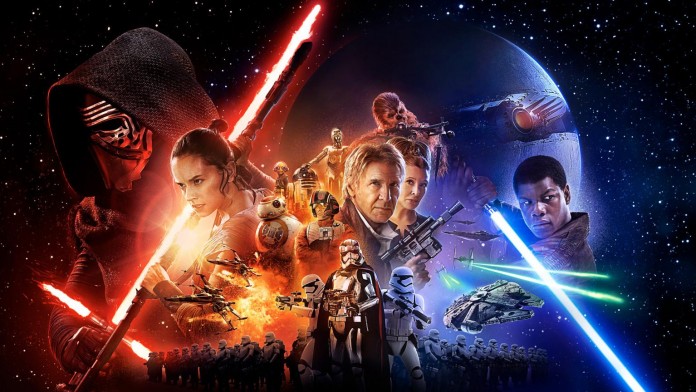 A movie’s poster can be key to its success. A striking poster can attract the attention of a casual cinema-goer and make them interested in a film they may have otherwise avoided, whilst a bad poster can have exactly the opposite effect.

But what makes a good movie poster? Sometimes the most simple option can be the most effective, whereas overloading your poster can prove disastrous at times. 2015 has been one of the most jam-packed years in terms of heavily promoted film and we have seen hundreds of movie posters come and go from our cinemas.

Here is a look at some of the ones that stuck in our minds, whether it was for better or worse.

Proof that good posters don’t always lead to good movies is Pixels. The Adam Sandler led comedy was a critical flop despite an interesting premise but the movie’s stand-out feature was its brilliant collection of posters.

Hot Pursuit was one of the most forgettable films of the summer. It received terrible reviews across the board and failed to make any sort of dent at the box office. One of the main reasons it flopped, other than the fact it was released the same week as Age of Ultron in the states was that it had a terrible poster.

Sofia Vergara, an actress who really doesn’t need airburshing, was airbrushed to within an inch of their life and the whole feel of the poster makes it look like it should have gone straight to DVD.

Alex Garland’s directorial debut turned out to be one of the best movies of 2015 and it also had some of the best posters of the year too. Simple but intriguing the poster just shows the inner mechanisms that create the robots that Nathan designs in the movies. It also features the phrase ‘to erase the line between man and machine is to obscure the line between men and gods.’


The poster does everything a poster should do – creates a suitable level of intrigue without giving anything away at all about the movie.

Spectre divided audiences and also holds the accolade of being the worst reviewed movie of Craig’s stretch as Bond. The film was always going to struggle in the wake of Skyfall but it was arguably doomed from the start when it released the most boring poster of 2015.

The poster is simple, but not in a good way- it’s bland and tells us absolutely nothing about the movie other than the fact Daniel Craig is playing Bond which we already knew.