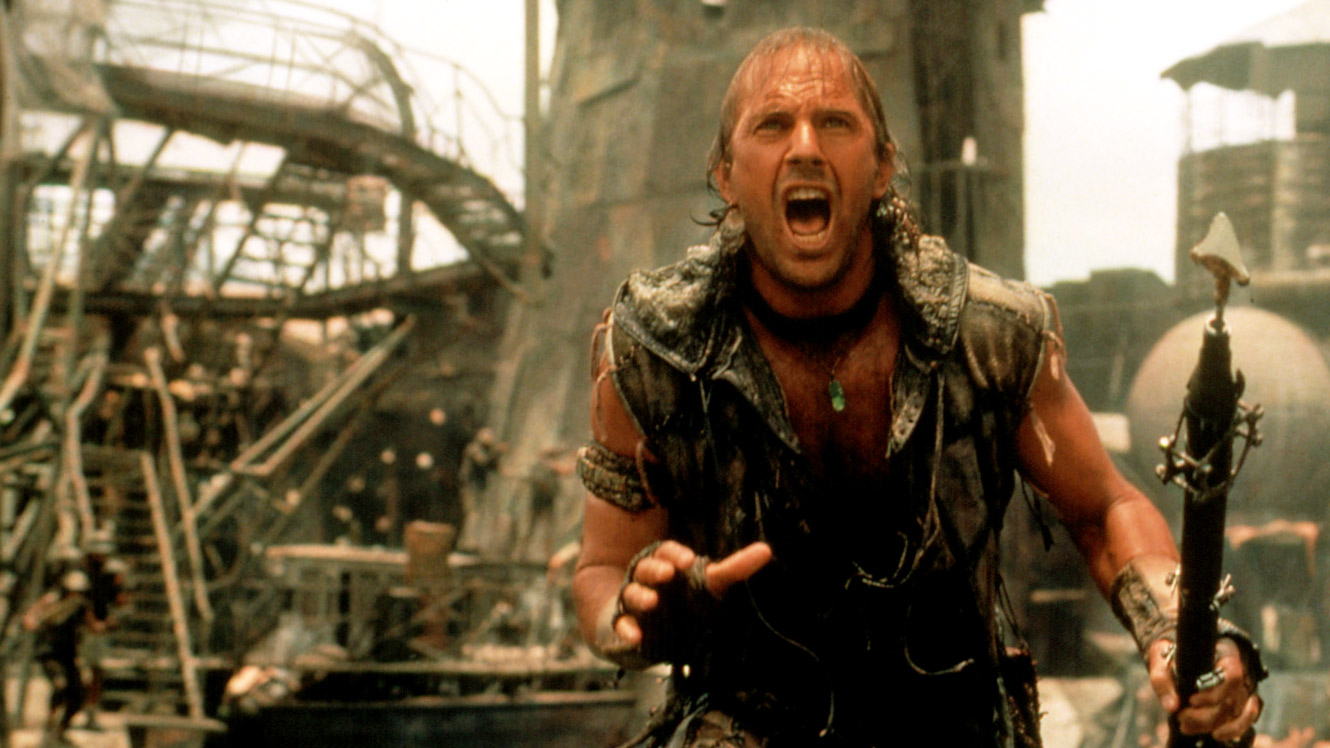 Following the 80s is like being asked to go on after Richard Pryor at a comedy night. The mic was thrown down by a decade responsible for some generation defining classics, not only the lauded flicks, but the kind we’re interested in here. The stinkers, the box-office flops, those still available for VHS rental on a Saturday night, but which retain a modicum of credit because they’re a guilty pleasure, worthy of reappraisal, or just plain so-bad-they’re-good.

With any nostalgic retrospection there are the obvious choices, and the 90’s are riddled with iconic failures that have been analysed and ridiculed to the point of boredom. Such worthy mentions to smirk at as they go past on the memory conveyer belt are Showgirls (swimming pool thrashing), Batman and Robin (nipples), Battlefield Earth (Scientologically enhanced foreheads), and Bio-Dome (Pauly Shore).

The era began with a sequel to one of the 1980’s best films, John McTiernan’s Predator. The film was directed by Stephen Hopkins (a recurring name in this rundown, although not for 1998’s Lost in Space, a film with very few redeemable features beyond the terrific Apollo 440 theme song), and translated the literal jungle for a concrete one, jettisoned Arnie for a still-too-old-for-this-shit, Danny Glover, and the Vietnam war paranoia for a straight up linear action flick that made the most of 90’s gang culture scaremongering.

Considering what happened with the Predator brand at the hands of Paul W.S. Anderson (2010’s decent franchise non-starter aside), not enough is said about how good Predator 2 actually is. 25% on Rotten Tomatoes is a score that can only be so low due a comparison with the far superior original, with which it shares some of its best elements; Alan Silvestri’s call-back score, and the final reel showdown.

From one franchise intrinsically linked to a Planet Hollywood megastar, to another of the triumvirate from that now defunct fast-food venture. If you thought Bruce Willis was having a bad time of it lately, Yippie-Kay-Ay-MuthaRussia n’all that, then the 90’s weren’t always kind to him.

1994 would be his all time low; Color of Night was laughed out of the multiplexes, with its Channel 5 soft-core eroticism and appearance of little Bruce, but his most memorable venture was to be the utterly bonkers, Hudson Hawk (1991).

A pet/vanity project for the actor, who also came up with the story, it’s a crime caper in which a cat burglar is blackmailed into stealing priceless artefacts in order to save his partner-in-crime’s life. It begins quite promisingly, with Willis exuding a charm long since gone, especially during a playfully choreographed heist to the tune of Swinging on a Star. Said sequence is indicative of the film as whole; self indulgent, out of control, and nonsensical. Aiming for a Three Stooges vibe, none of the jokes hit and the slapstick is terrible.

1992 bought us the most polarising film on this list, and the debut of a director for whom the release of a movie these days triggers a response of rabid salivation akin to the beast running the corridors of the penal colony on Fiorina “Fury” 161.

Alien3 arrived with a troubled production of daily script rewrites and directorial changes, and whilst it shows, especially with the hasty ejection of Newt and Hicks, and the divisive ending, Fincher’s disowned final cut contains enough directorial flourishes and iconic moments – the face to xenomorph face in the infirmary, Woodruff and Gillis’ never-better creature work, Sigourney Weaver’s entire performance – to make a revisit essential for those who dismissed it as a once-watch travesty.

The same year gave us Buffy the Vampire Slayer, written by a certain, Joss Whedon. Admittedly ahead of its time with the volley of pop culture references, it suffered from having its tongue lodged too firmly into its cheek for the audiences liking.

It’s not a good movie, the direction is distinctly televisual, which is ironically where the character would find her true calling, the medium affording more time for Whedon’s style to sit right with the viewer.

The fun to be had with the big-screen version is in spotting the embryonic signifiers of the Sunnydale world that he would go on to create over seven seasons.

1993 was a big year for perceived bad films; the makers of the Super Mario Bros movie gave very little indication that they’d even played the game before “going dark” way before Christopher Nolan made it cool.

Mushrooms were now fungus, Yoshi was a runty velociraptor, and Bowser was Dennis Hopper cashing a fat cheque as opposed to spitting fireballs. Alienating an entire fanbase, and confusing the casual viewer, Super Mario Bros collected only half of its budget back in coins, with even the late Bob Hoskins exclaimed it was “the worst thing I ever did”, and he was in Garfield 2!

Next: Costner, Brando, ARNURLD! The Rest of the Best of the Worst…