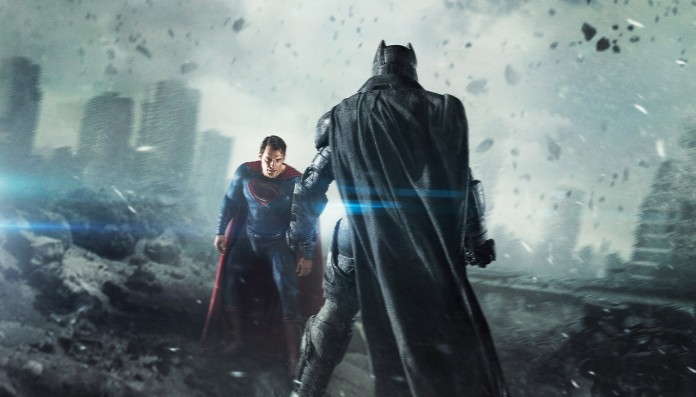 We’re a matter of weeks away from the release of Zack Snyder’s Batman v Superman: Dawn of Justice. The heaviest footfall thus far in the emerging DCU and undoubtedly one of the most anticipated films of the year. There’s a lot riding on the success of this one.

Snyder’s film will kick off a slew of solo outings for old Bats and Supes, as well as new friends Aquaman and Wonder Woman, not forgetting the long-awaited big screen team up for the Justice League.

There’s a beautiful new IMAX poster out in the wild today and we’ve the first look right here. Snyder has been keen to talk up the sections of the film which will be enhanced in IMAX and all eyes will be on the epic confrontation between the two heroes pictured here.

It’s time to choose a side.

In anticipation of the upcoming release of Batman v Superman: Dawn of Justice, IMAX released exclusive art which depicts Batman and Superman at war with one another while the world decides which hero it will choose to stand behind.

Select sequences in Batman v Superman: Dawn of Justice were filmed with IMAX cameras to put movie-goers in the middle of the action.

There was also a neat new image from the film released yesterday showing Ben Affleck’s Bruce Wayne standing amidst the wreckage of Wayne Enterprise’s Metropolis building.

The film goes on general release across the world on the 25th of March.