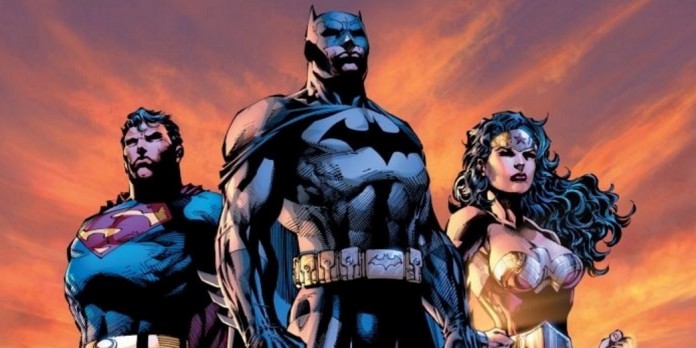 With Batman v Superman: Dawn of Justice now less than a month away, the reality that a movie pitting those two icons against each other is actually happening is beginning to set in. However, with so much riding on the Zack Snyder helmed release as he looks to set the stage for a DC Cinematic Universe and Justice League, there’s more to this one than a fight.

So, as Batman and Superman go to war with each other and the likes of Aquaman, The Flash, and Wonder Woman all make their big screen debuts, where should you turn for more information on these characters and some much needed insight into what makes them tick?

The comic books the movie is based on are obviously a great place to start. While there almost countless tales featuring the major players in Batman v Superman, the ten tales listed here are the most essential ones which you should spend the next few weeks reading in order to fully prepare yourself for what’s to come when The Trinity finally assembles…

End Game is a story which mostly revolves around Batman’s “final” fight with The Joker, but it’s the way this one opens which makes it a must-read for those of you curious about how someone like Bruce Wayne can go head to head with a being as powerful as Superman.

When the Justice League fell under the control of the Clown Prince of Crime, they all came straight after Batman, and that led to him unleashing an arsenal of weapons to take them down one by one. With very little effort, the hero managed to stop Aquaman, The Flash, and Wonder Woman in their tracks, and while beating Superman was a little more challenging, End Game does a superb job of showing why Batman’s brains are better than brawn.

Henry Cavill in talks to return as ‘Superman’ in DC Movie