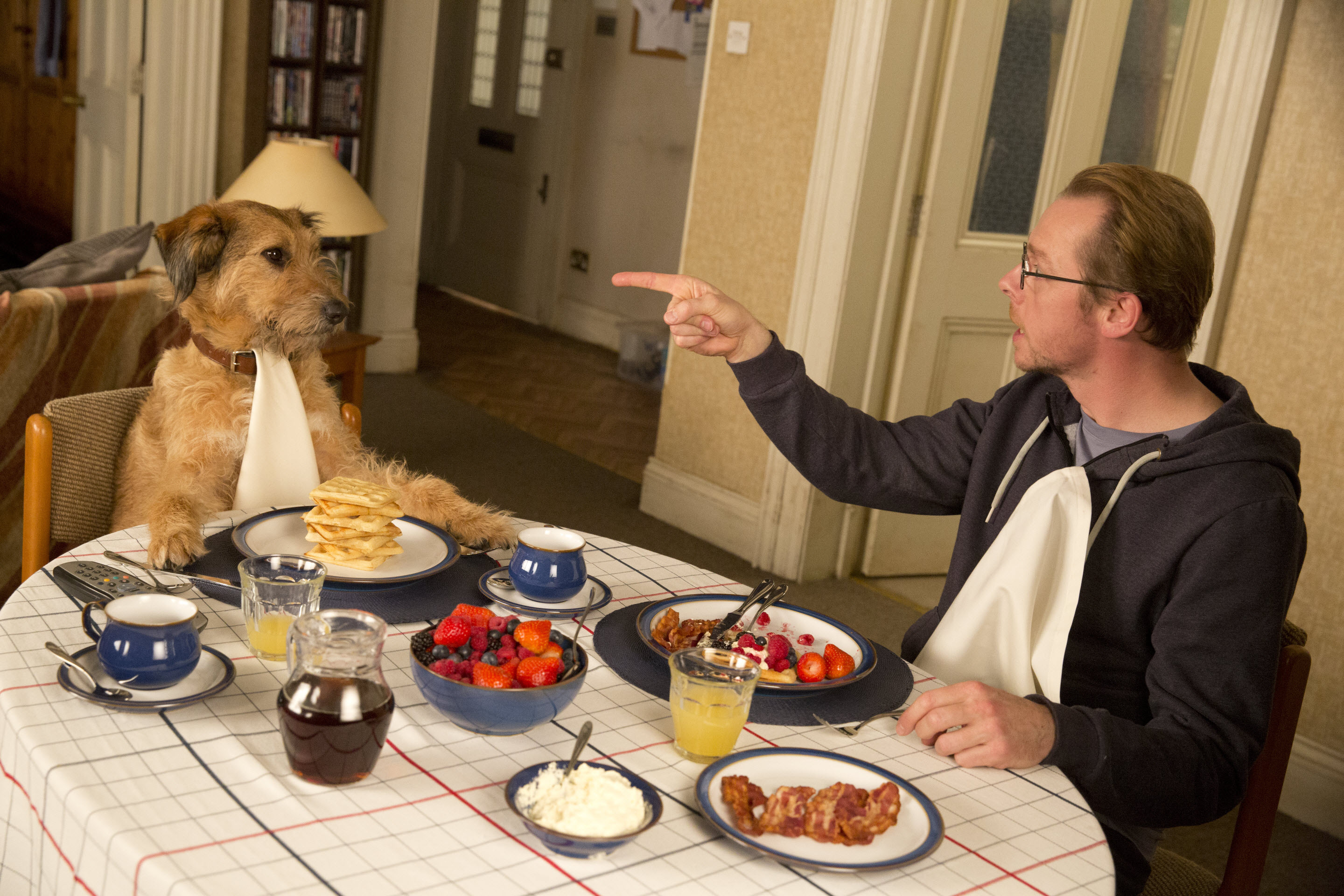 There is an old saying, pertinent to Terry Jones’ forthcoming film Absolutely Anything, that when the Gods wish to punish you they give you exactly what you want. So, in a Bruce Almightyish twist Simon Pegg’s character is given the ability (by aliens no less) to make, well absolutely anything happen…

Nothing less than the fate of the world is at stake here, and along with Kate Beckinsale and Robin William as Pegg’s talking dog we get to see what absolute power does to a man.

There’s a first look poster and a teaser trailer which hints at the film’s madcap tone. It’s the Pythons, and Pegg and the much-missed Robin Williams – it’s a must-see.

That new poster is right here.