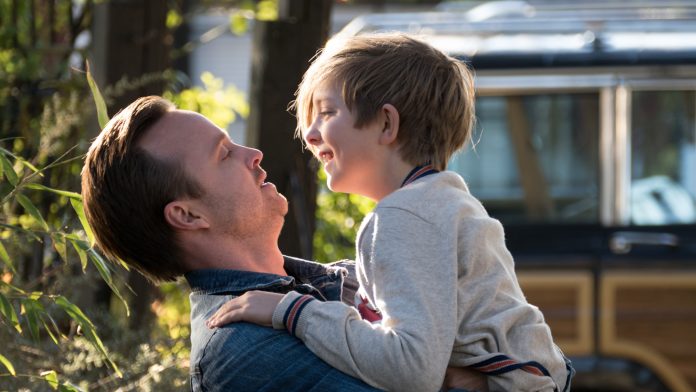 As a director with such a penchant for the grizzly and off-kilter, Alexandre Aja became a tad too embedded in synthetic studio horror to mature into a visionary film-maker. His second feature, Switchblade Romance, showed great promise in terms of crafting an apt, stark bravura to accompany the story but Aja soon nose-dived into the gloopy US remake machine with solid but perfunctory re-jigs of The Hills Have Eyes and Piranha, cushioning the lacklustre Mirrors, which stifled his flourishing style. His most recent offering: 2013’s Horns was intriguingly blemished yet, in context, makes his latest feature all the more remarkable.

The 9th Life of Louis Drax is unlike anything Aja has ever done before, and most other mainstream/ genre films for that matter. Written by Max Minghella (son of Anthony) and based on the novel by Liz Jensen, the film resounds like the unruly fusion of Tim Burton, Alfred Hitchcock, Guillermo Del Toro, Roald Dahl and Jean-Pierre Jeunet and booms as an inimitable oddity: a sprawling cinematic freak-out by an intensifying wunderkind and veteran conveyer of the strange.

The child protagonist of the title (brilliantly played by Aiden Longworth) introduces himself as the “amazing accident prone boy” who, after a montage of blunders, plummets backwards off a cliff and winds up in a beach side coma. A police procedure precedes a plot that blossoms into a swirling, gothic and genre bending fantasy, unravelling like a rivulet of intangible figments before fizzing into an abstract nightmare. Through flashbacks we learn about Louis’ life leading up to his latest calamity. Louis communicates from his comatose/ dream state and to the creatures that stomp about his frenzied subconscious while the waking world around him disintegrates into irrelevance.

Louis’ father and mother enter the venture; presenting palpable subplots to ground the fantasy and ripen our understanding of the protagonist. Dad (Aaron Paul), is a grounds keeper/ maintenance man at the local zoo while Louis’ promiscuous mother (“did you used to sex her?”) lets her son’s pet rats scurry across his body in the hope that they will rouse him from his slumber. Hints of a troubled childhood surface through sessions with psychiatrist “Fat Perez” (Oliver Platt), revealing Louis to be highly intelligent, emotionally crumbly and a tad cantankerous. Louis claims to have read Perez’s book in a day and asks (while scribbling breasts on a scrapbook) if he is “a typically disturbed child?” while conversations of hamsters, Hitler and Harry Potter suggest further complexities.

Supporting characters appear in the form of Dr Allan Pascal (Jamie Dornan) who cares for Louis at the hospital and Barbara Hershey as his grandmother. While stirring, smaller dramas serve a purpose for its majority, the soaring wonder of T9LOLD resounds via some stunning under water/ dream sequences and a bulky, awkward yet magnificent monster that haunts Louis’ visions and contributes to an air of mystery that remains prominent throughout.

The 9th Life of Louis Drax‘s flowers from its drama into a paranoid fantasy masterpiece that’s as equally enthralling as it is magical.  It’s a beautifully poignant adventure adorned with non-syrupy sentiment. Melding dream logic with humanity while harvesting the power to shatter the hardest of hearts.