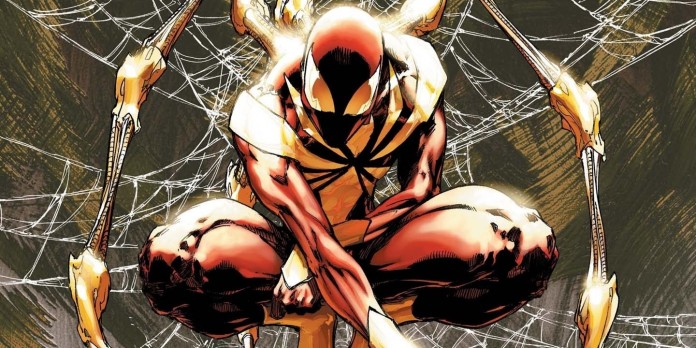 2016 is going to be a blockbuster year for comic book movies. While pretty much everyone seems focused on the two biggest – Captain America: Civil War and Batman v Superman: Dawn of Justice – it would be foolish to overlook the likes of X-Men: Apocalypse and new properties like Deadpool, Suicide Squad, and Marvel’s next “risky” movie, Doctor Strange.

Regardless of which of the releases listed above is getting the most attention, they all combined have the potential to make next year the greatest ever for the genre. However, that might not be the case if these highly anticipated movies don’t include certain moments from the comics which fans are expecting and hoping to see on the big screen in 2016.

Some of those listed below are more likely to happen than others (there are even rumours indicating that will be the case for a handful), but they’re all moments which need to become a reality either way. From iconic moments from the source material to cameos and character reveals, these are the ten things we most want to see in 2016’s wave of comic book movies!

10. Wolverine Shows Up In Deadpool

While the tone and R-Rated content might be off putting to some, everything we’ve seen from Deadpool so far points to it being a movie fans of the character will love. However, as it’s taken such a long time to get made, Deadpool is unfortunately being released a year before Hugh Jackman hangs up his Wolverine claws for good.

That obviously means we’re never going to see them team-up in a movie, and for that reason, it’s essential that the Australian actor makes some sort of cameo appearance so we can see these iconic characters share the screen at least once. Whether it’s Deadpool imagining him or some sort of meeting between the two, Jackman showing up really would be the icing on the cake here.

A report from a recent Captain America: Civil War set visit revealed that Tom Holland will be wearing a “familiar” red and blue costume (that’s as detailed as their description got), but comments from directors Joe and Anthony Russo indicated that the final version will have some sort of CGI component which needs to be added later.

That could be a reference to his eyes – in the comics, they move to express emotion – or more likely the four extra arms you see in the image above.

If we’ve not getting the classic scarlet and gold Iron Spider costume from the Civil War comics, it seems likely that Marvel have created an amalgamation of the two, and so it’s essential we see a version of that on the new Peter Parker next year.

8. A Death In The Family

While we already know that Batman is going to be making an appearance in Suicide Squad, rumour has it that The Joker is going to make his presence felt in Batman v Superman too. If recent reports are to be believed, that will be in a flashback sequence depicting the death of Jason Todd (the Robin who was killed by The Joker and later returned as the vigilante Red Hood).

The fact that we’ve seen the defaced Robin costume on display in the Batcave certainly points to this at least being referenced, but that’s not enough; it’s a moment which needs to be recreated! This would not only set up the events of Ben Affleck’s The Batman – rumoured to be an adaptation of “Under the Hood” – but would leave fans overjoyed.

Trailer drops for Marvel Studios first animated series ‘What If…?’