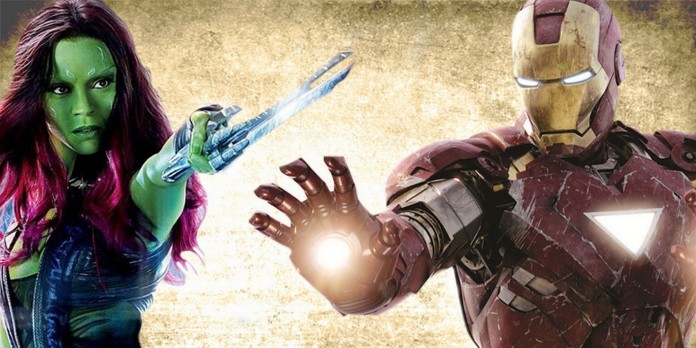 Earlier this month, Marvel announced that the Ant-Man sequel will be titled Ant-Man and The Wasp, and not only does that give the heroes equal billing, but it points to the movie being a full on team-up between the two heroes. Since then, it’s been revealed that The Hulk is going to join the God of Thunder in Thor: Ragnarok, another surprising pairing in Marvel’s Phase 3!

Captain America: Civil War is pretty much an Avengers movie, but could the team-ups mentioned above be a sign that Phase 3 is going to turn the solo movies into random pairings between Earth’s Mightiest Heroes? If so, that’s not necessarily a bad thing.

After all, one of the biggest complaints about Phase 2 was that Captain America, Iron Man, and Thor didn’t call on their teammates for help as they faced potentially world ending threats, and with so many heroes now living in the Marvel Cinematic Universe, why wouldn’t they cross paths? Plus, in terms of box office, this is a very smart move by Marvel Studios.

Which heroes should team-up in the rest of the Phase 3 movies then? Here, we list ten awesome duos we want to see factor into the movies between the Civil and Infinity Wars…

These two didn’t share a whole lot of screentime in Avengers: Age of Ultron, but Scarlet Witch and The Vision are two characters who share a lot of history in the comic books.

They actually end up getting married, with Wanda later giving birth to two twins in a convoluted storyline best left off the big screen (she inadvertently created them using her powers and later went insane when they vanished). However, Joss Whedon’s sequel at least hinted at there being some sort of spark between them, and it would be great to see that explored in Captain America: Civil War.

Unfortunately, they’re going to be on different sides of the conflict, but some early scenes of them fighting side by side early on would be a good start!